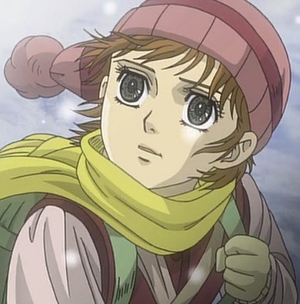 An eleven year old girl and Kai’s best friend. She lost her parents at a young age and lives with her grandmother. Hard-working and determinate, she is also a bit of a tomboy and gets into fights with other kids who tease her about her relationship with Kai. When Kai is presumed dead by the entirety of the town, she decides to travel north, in the same direction the white carriage went off in her dreams. 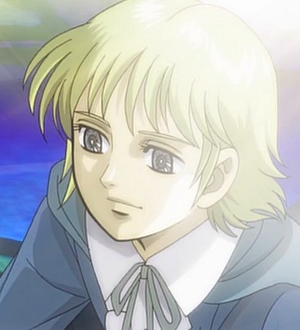 A twelve year old boy and Gerda’s best friend. He lives with his parents and sister right next to Gerda’s home, helping his father with his shoe-making business. Often cheerful and friendly, his personality literally changes overnight when a mirror shard enters his eye and pierces his heart. He is then taken away by the Snow Queen to her castle which sparks Gerda’s journey to find him. 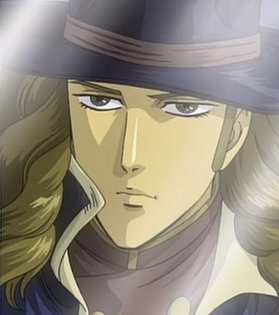 A mysterious minstrel who first appears in Gerda’s hometown at the time of Kai’s disappearance. He later joins Gerda on her journey to find the Snow Queen and her friend. While he mostly keeps his business to himself, he becomes a reliable and trustworthy companion for her. He was once a distinguished commanding officer until a fateful mistake cost him the life of his subordinates, leaving only him alive. 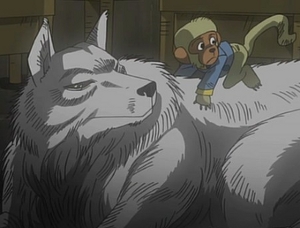 A wolf and a monkey who started following Ragi around for apparently no reason and thus became his traveling companions. They are both named by Gerda later on. 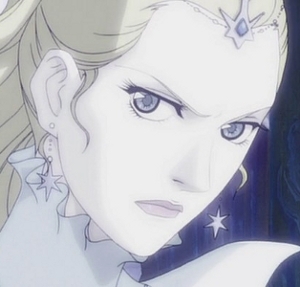 A beautiful yet deadly spirit in guise of a woman who brings snow and ice at the end of each year. Seemingly cold-hearted and cruel, she takes Kai away to her castle and treats him as her guest, freezing his heart and making him forget everything about his past. She wanted to protect the boy from the shard’s influence before he would turn into an evil person and stands as the primary obstacle in the Devil’s way should he be released from his prison. 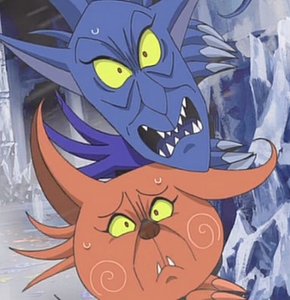 The Snow Queen’s subordinates, they are charged with keeping the Ice Palace and Kai’s needs in check while she is away, desperately longing for the Queen’s approval.

Avatar of the Wind / The Devil 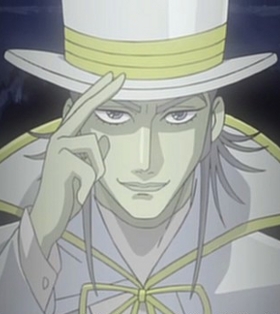 A mysterious man in a tuxedo who appears as the personification of the wind. He approaches Kai, seemingly wanting a friend and appears to have some sort of grudge against the Snow Queen. He is revealed to be the Devil himself who was sealed under the castle by the puzzle and wishes to bring literal Hell on Earth. 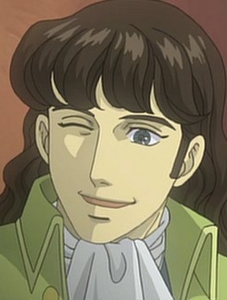 An actor turned inventor who meets Gerda and Ragi after he crashed his flying machine. 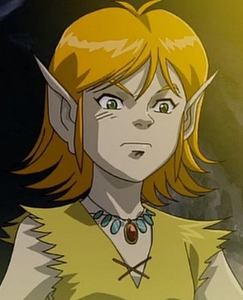 The daughter of a bandit chief who longs to leave the bandits’ stronghold but is continuously thwarted by her overprotective mother. She is good friends with a great reindeer Bae. 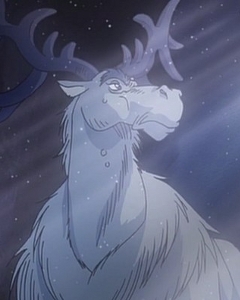 An old great reindeer who resides with Frida. He ends up accompanying Gerda for the last part of her journey to the ice castle.