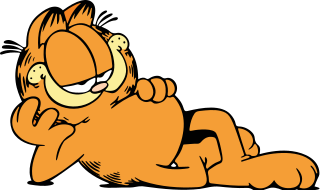 Oh yeah, his eyelids could move on his huge round eyes.
Bertha: Your eyes look like hard-boiled eggs.
Jon: You don't say!
Bertha: No! Really!
— Square Root of Minus Garfield, 2011-10-9

Sometimes, cartoon characters are given large (or small), round/bulging eyes shaped like a geometric sphere or oval, often with tiny little dots for pupils.

Alternatively, if a character with separate eyes has an excited or scared expression, his/her eyes will change into this style.

Not to be confused with Wide Eyes and Shrunken Irises or Eye Pop, though a Pie-Eyed character or one with Black Bead Eyes may suddenly gain these kinds of eyes for the sake of the gag when a Wild Take is called for.