This page details the female first generation characters of Fire Emblem Awakening. For other characters, head back to the index here. 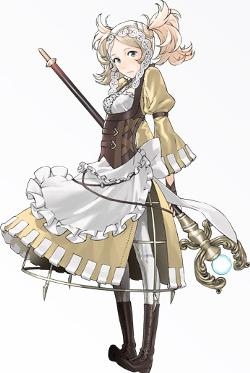 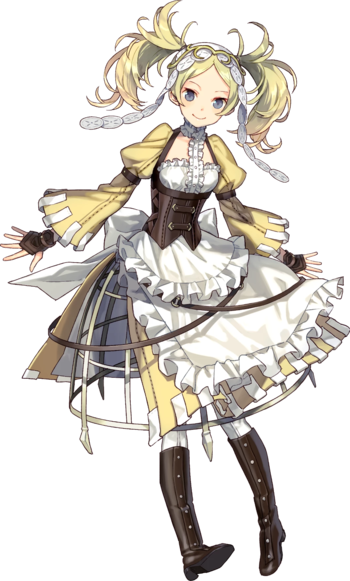 "I've still got a few tricks up my sleeve!"

Chrom's tomboyish little sister, the Princess of Ylisse. With nary an ounce of snobbery in her nature, she is among the most likable and approachable of the Shepherds. The girl most likely to snort. Her birthday is March 6th.

"Turns out the business end of my sword is me!"

A no-nonsense, capable Shepherd with a mouth that would make brigands blush. Ylissean women admire her strength and call her "The Woman to End All Men". The last one you want cooking. Her birthday is December 5th.

"I am a staunch believer in amelioration."

A grandiloquent but fastidious Shepherd who waxes wroth if so much as a single arrow sits askew in its quiver. She adores research and obsesses over her object of study. The most superfluous packer. Her birthday is February 12th. 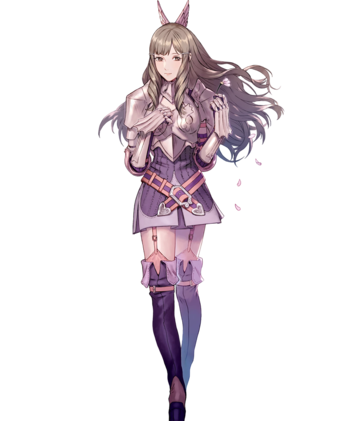 "Look at all that you can accomplish if you try."

An absent-minded, klutzy Shepherd with a shocking lack of self-worth. However, she exhibits one-of-a-kind talent when it comes to working with animals. The best at tripping over nothing. Her birthday is November 24th. 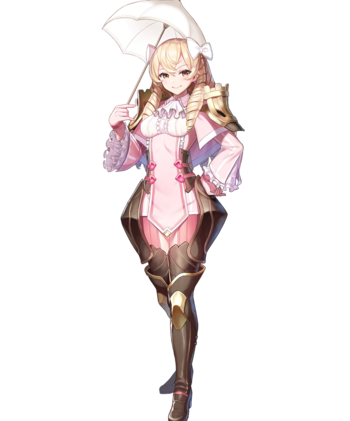 "I won't be satisfied until I'm the very best!"

Lissa's best friend. A proud and sharp-tongued noble from one of Ylisse's most well-to-do houses. She is cold to strangers, particularly commoners, but warms quickly. The most likely to toss in her sleep. Her birthday is April 14th. 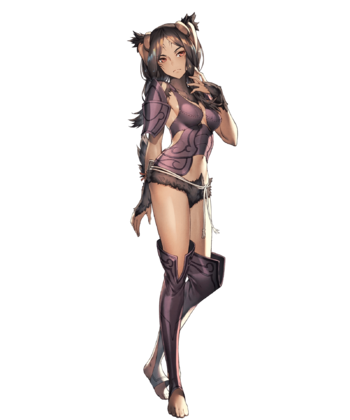 "My strength is that of all Taguel!"

A nationless shapeshifter and the last of the taguel. While cool and sensible by nature, she shows little interest in finding a partner and remedying the fate of her race. The fastest at wolfing down a meal. Her birthday is November 8. 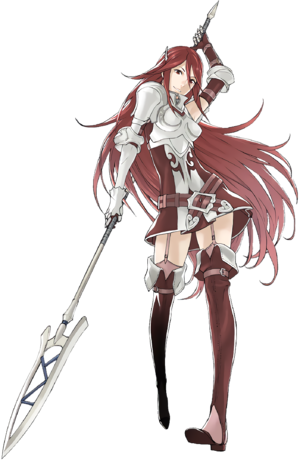 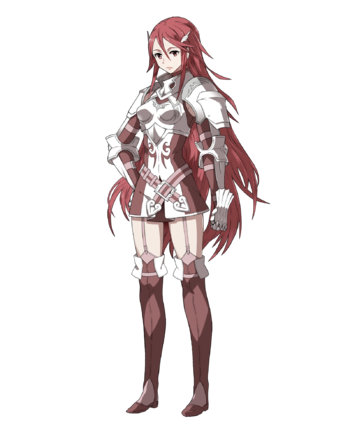 An Ylissean pegasus knight who has been friends with Sumia since childhood. Her beauty, skill, and record are surpassed by few, but she cannot seem to win Chrom's heart. The deepest, most frequent sigher. Her birthday is July 7th. 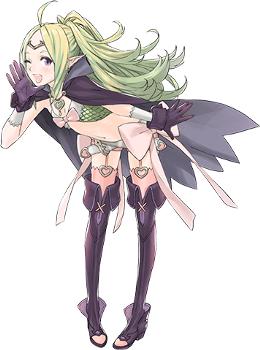 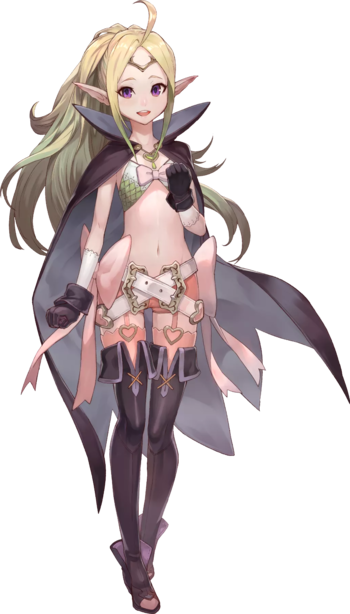 "Yeah! Don't even think of messing with Nowi!"

A manakete from no land in particular. While she looks young and likes to play outside with children, she is actually over 1,000 years and counting. The biggest oversleeper. Her birthday is September 21st. 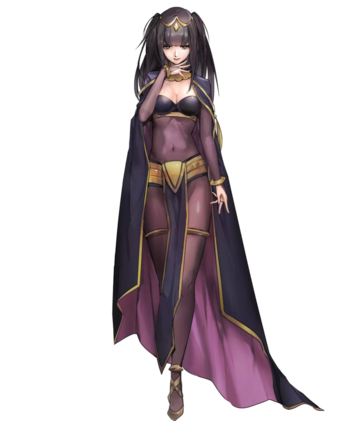 "I can feel the darkness growing ever stronger..."

A mopey Plegian dark mage with a jealous streak. She usually keeps to herself and chants disturbing hexes, but openly stalks the Avatar (aka you — the player), in whom she has an unhealthy interest. The one with the darkest thoughts. note Or in the Japanese version: The one with the nicest body. Her birthday is April 2nd. 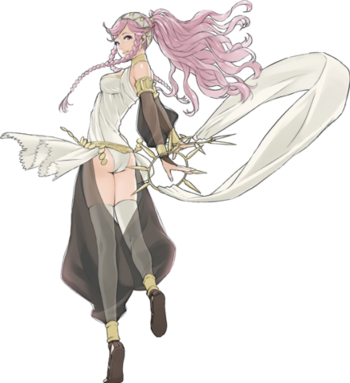 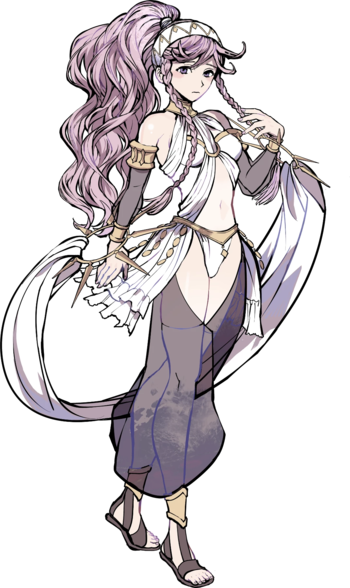 A shy, introverted caravan dancer who goes above and beyond to help others. Despite her stage fright, she is unparalleled in her craft and has admirers around the world. The most mesmerizing singer. Her birthday is August 20th. 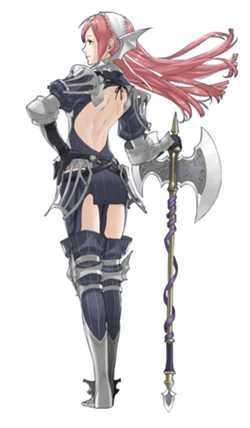 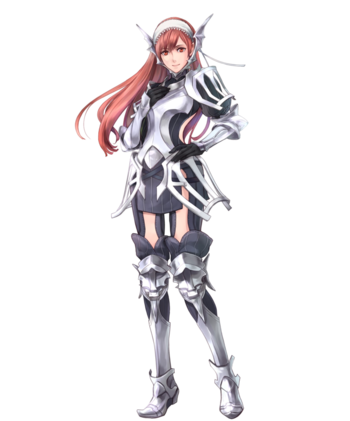 A wyvern rider in the service of House Virion. She was raised with simple values and likes to cook and sew, but loves her "sweet, adorable" wyvern Minerva even more. The most terrifying when angry. Her birthday is October 17th. 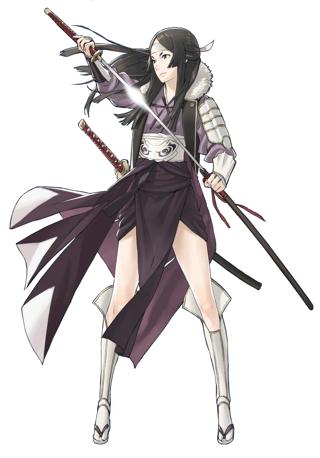 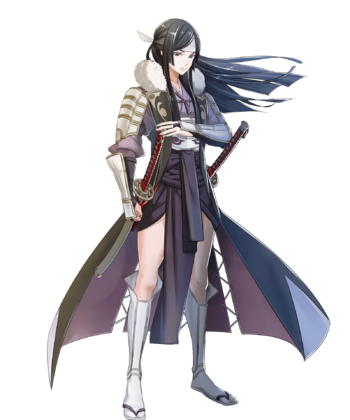 "Every sword must be tempered in its time."

The upright and dignified princess of the Chon'sin dynasty. Her old-fashioned speech and manners set her apart from the Ylisseans. She loves her brother Yen'fay fiercely, but is currently his enemy for some reason. It was for her sake that her brother joined Walhart's army. She found out about this after his death. She died in an alternate universe where Yen'fay lives. The most talented skin diver. Her birthday is January 11th. 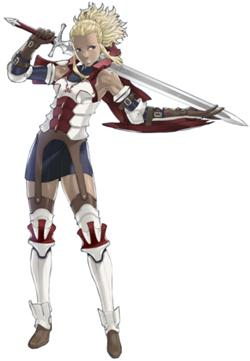 "Who wants to get destroyed first?"

Basilio's counterpart, the East-Khan of Ferox. A brave, heroic, and strong-minded woman who yields to no man. She dislikes formalities and treats her opponents equally no matter whom, but also has a side to her that pays attention to her surroundings and an attention to detail. She and Basilio are rivals, but also good friends. Likes doing push ups the most out of the whole army. Her birthday is October 28th. 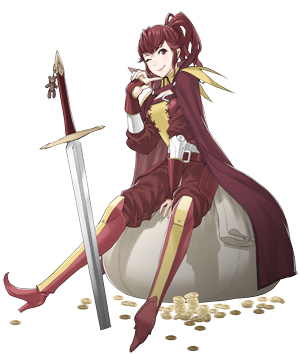 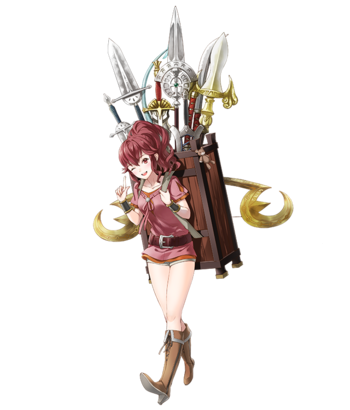 An enigmatic merchant with a bevy of identical sisters — more than she can count. Like most merchants, she is a smooth-talker who loves both gold and rich customers. The one with the fattest nest egg. Her birthday is June 11th.

Class: Trickster
Voiced by: Saori Seto (Japanese), Karen Strassman (English)
Tiki (Chiki)
A divine dragon from the era of legends. She is revered as the Voice of the Divine Dragon in Valm. Although usually calm, her "little girl" side slips out on rare occasions. Infamous for being a terrible riser.
Class: Manakete
Voiced by: Ikue Otani (Japanese), Mela Lee (English)
For Tiki's tropes, see her section here.
Spot Pass Characters
Emmeryn (Emelina), a woman who can only be recruited through the third SpotPass Paralogue. For her character sheet, look up her entry here.

Aversa (Inverse), a woman who can only be recruited through the fifth SpotPass Paralogue. For her character sheet, look up her entry here.