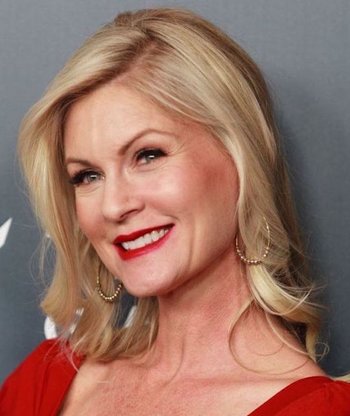 So that's what Kuroi-Sensei looks like in real life!
Advertisement:

Catherine Davis "Kate" Higgins (born August 16, 1969) is a West Coast anime voice actress and musician. Her best known role is Miles “Tails” Prower in Sonic the Hedgehog. She usually is cast as tsunderes or Cool Big Sisters. However, she avoided typecasting herself by also being capable of voicing other types of characters when needed such as older women, villains, comic reliefs, and even young boys. You can easily tell her voice when she's angry.

She can play the piano and write her own music as well. She trained under famed jazz pianist Bob Richardson. She is also in a band called Upperstructure.