This page details the male first generation characters of Fire Emblem: Awakening. For other characters, head back to the index here. 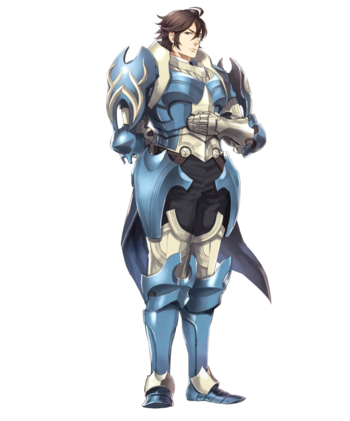 "No knight fears the slow-but-steady road."

Chrom's lieutenant, a Ylissean knight who is sincere to a fault. He tends to demand tremendous effort for seemingly trivial things, and prefaces such exercises with a grin. The fondest of starting fires. His birthday is August 26. 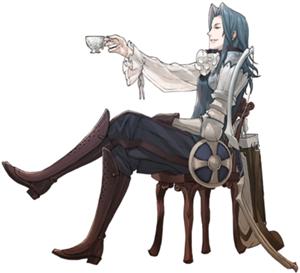 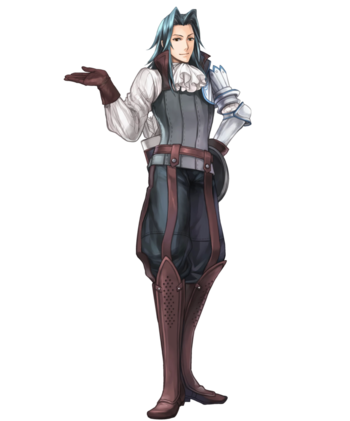 A secretive noble from some land or another. While many would brand him a buffoon or a braggart, his boasts are often founded. He is swift to propose to anything female. The most prolonged primper. His birthday is December 10th. 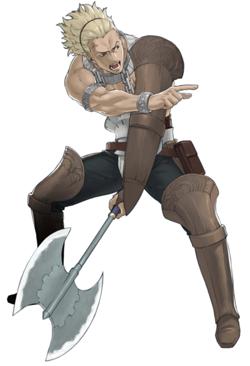 A rough-hewn Shepherd with a loud personality and far more confidence than his ability warrants. He sees himself as exemplary and reverently refers to himself in the third person. The best at misplacing things. His birthday is December 26th. 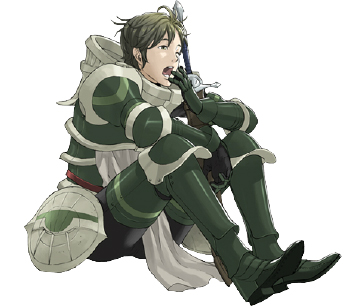 "Anyone else hungry? Because I'm starving!"

A surprisingly normal Shepherd with a big heart and perpetual cowlick. He has a good head on his shoulders, but the rest of him often has trouble keeping up. The most eager to clean a plate. His birthday is June 16. 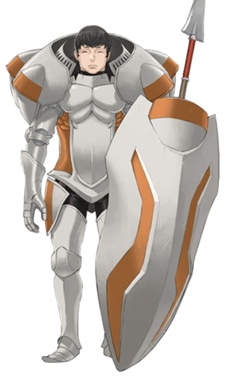 A laconic, blank-faced Shepherd whose infamous lack of presence causes him to pass by others as if invisible. Despite his protests, he is actually quite proud of that. The tallest while seated. His birthday is June 24th. 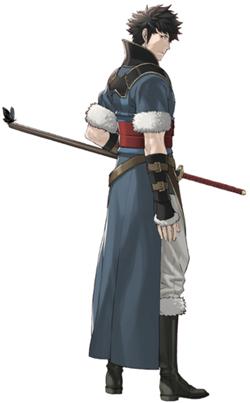 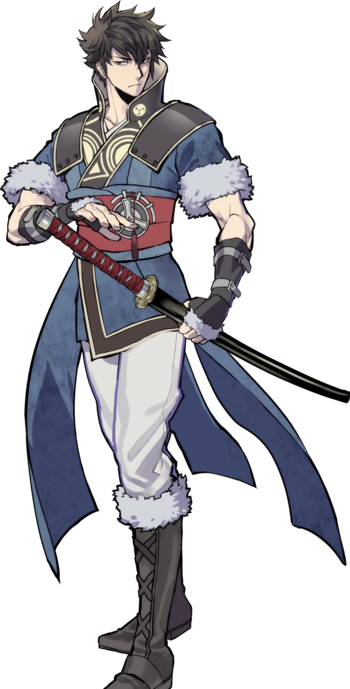 "Where I'm from, strength is the only law that matters."

A swordsman raised in Regna Ferox, where Khan Basilio has vouched for his skill. While cool and curt around most people, the very sight of a woman turns him beetroot red. The deftest potato peeler. His birthday is October 10th. 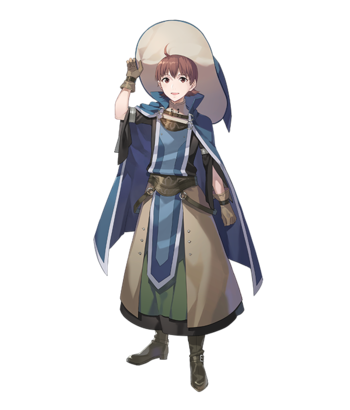 A novice Shepherd who looks and acts like a child. While this endears him to the others, he hates being treated as anything but an equal. He sees Chrom as a brother. The most popular with cute animals. His birthday is May 23rd. 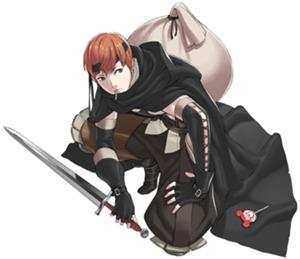 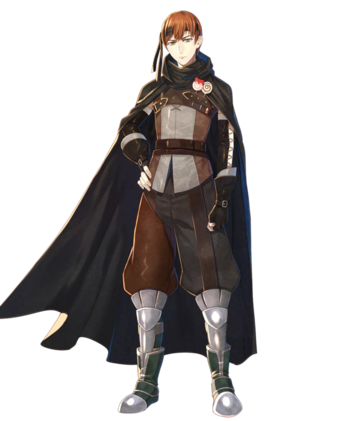 "A little sugar in my tank, and watch out!"

A cool and capable Ylissean thief who will take any job for the right price. He is absolutely obsessed with sweets and hides 50 varieties of "emergency snacks" in his cloak. The most frequent nosebleeder. His birthday is January 2nd. 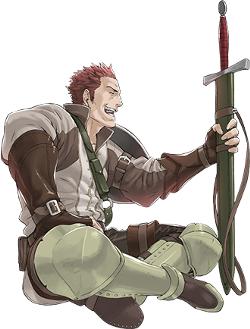 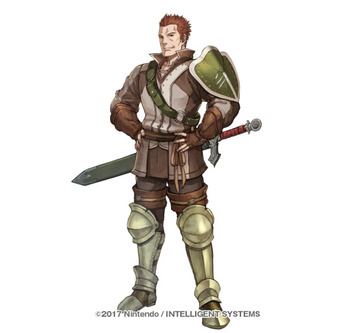 A likable merc whose feet have touched the soil of many a land. Years of experience have hardened him - mostly - but he still winces when people harp on about his age. The first to get a crick in his back. His birthday is January 27th. 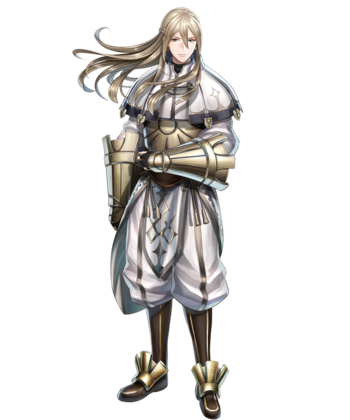 "O wise Naga, guide us to safety and victory..."

An Ylissean priest with a calming mien. So lovely are his features that strangers often mistake him for a woman. His one flaw is a tendency to get caught up in details. The one with the scabbiest knees. His birthday is July 1st. 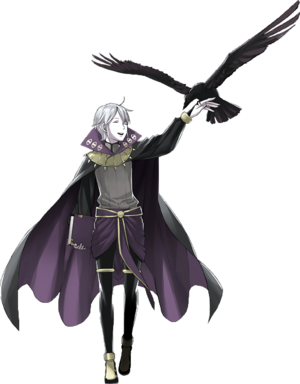 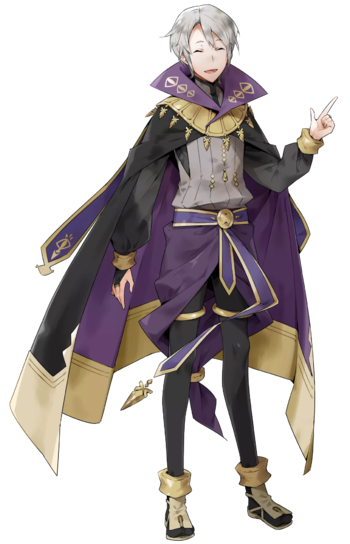 "Do you think we could breed Risen in here? I love pets!"

A Plegian dark mage with a fetish for bloodshed and an indelible grin. While disarmingly optimistic, he shows a gruesome lack of mercy while on the battlefield. The one with the lowest heart rate. His birthday is November 13th. Has his own page. 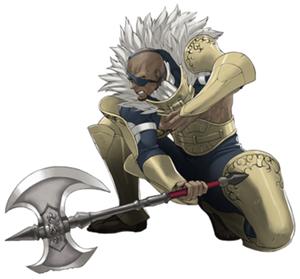 "Don't you put any stock in this destiny hogwash!"

The West-Khan of the militant nation of Ferox, he respects those with valor. He often acts and speaks in a silly way, but he is deceptively quick-witted and definitely possesses the strength befitting of his position. He acts as a fatherly protector of Chrom and co. and is both the rival and friend of the East-Khan Flavia. Has the biggest reactions among his companions. His birthday is August 13th. 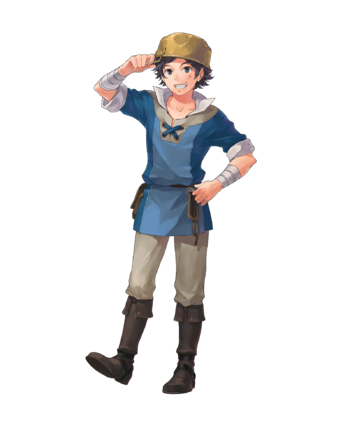 A villager from a remote corner of Ylisse who came to fight with little more than farming experience. However, he is eager to learn and shows a great deal of promise. The one with the curliest hair. His birthday is June 4th. 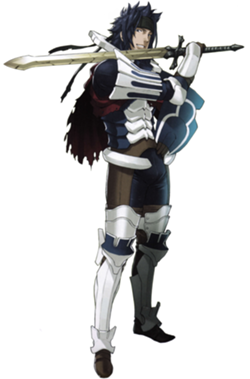 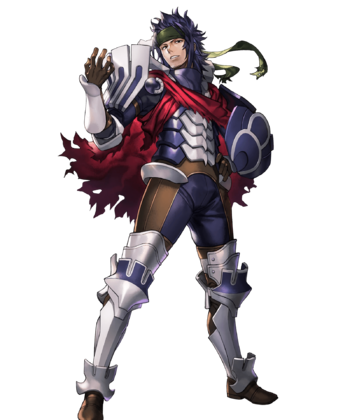 "I intend to grow strong. Stronger than anyone..."

A man who can only be met and recruited through the last SpotPass paralogue. Descendant of the Hero of the Blue Flames. He travels the world, seeking only power, and enjoys fighting against people stronger than him. His swordsmanship is first-class, but he's not exactly bright. Surprisingly social and easy to get along with. Likes meat more than anyone in the army. His birthday is February 9th.

Class: Hero
Voiced by: Daisuke Ono (Japanese), Jamieson Price (English)
Other SpotPass Characters
Gangrel, a man who can only be recruited through the first SpotPass paralogue. For his character sheet, look up his entry here.

Walhart (Valhalt), a man who can only be recruited through the second SpotPass paralogue. For his character sheet, look up his entry here.

Yen'fay (Lenha), a man who can only be recruited through the fourth SpotPass paralogue. For his character sheet, look up his entry here.