This page details the second generation characters of Fire Emblem Awakening. If you were looking for the mothers, click here. For potential fathers, click here. If you want to see other characters, head back to the index here. Due to the nature of their appearance, please be aware that there will be unmarked spoilers. 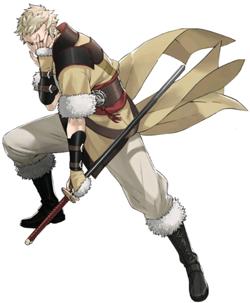 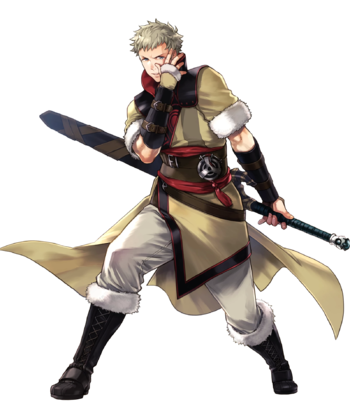 "See how my sword hand twitches! It hungers...for justice!"

Lissa's future son. His elaborate theatrics suggest a need to stand out, as do the absurd names he bestows upon his weapons and his "special moves". The most apt to shout "Level Up!" His birthday is July 15th. 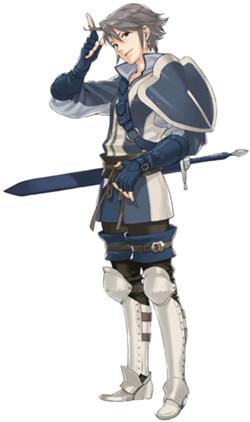 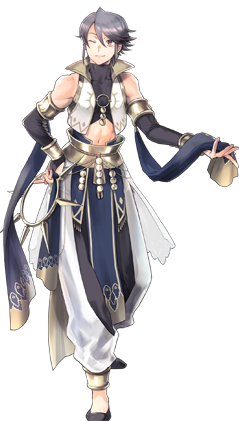 Olivia's son, he flirts with every woman he happens to meet on his journey and often gets slapped and called a pervert when he tries to pick them up. He's secretly trying to become a dancer, and in the army, he goes out at night the most often. His birthday is August 7th. 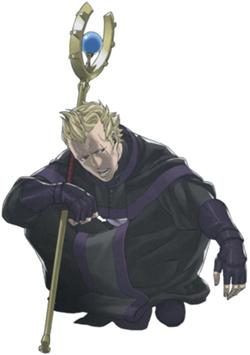 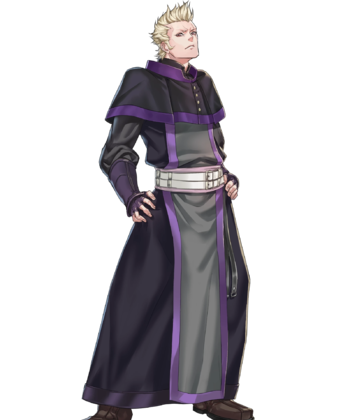 Maribelle's son from the future. He appears menacing and strong, but lacks any fighting talent and has poor reflexes to boot. The scar on his face was caused by a violin string. He's a crybaby who cries over the smallest things. Often mistaken for a bandit by his comrades. His birthday is February 22nd. 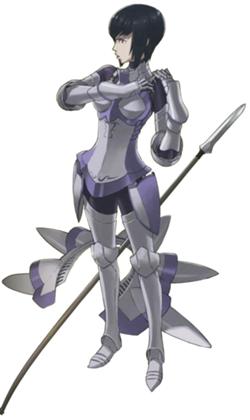 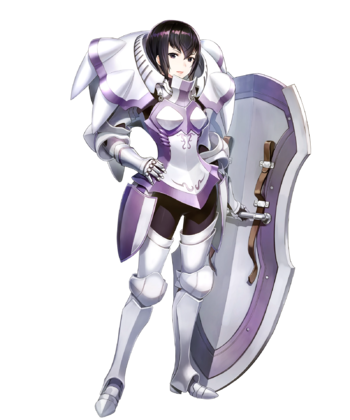 Sully's daughter, she seems just as tomboyish (if not more so) as her mother but has a kind heart and is protective of others weaker than her. Loves sparring, and if she sees someone who has ability and skill she will challenge him or her no matter whom. Hates people who look down on her because of her gender. Likes armor the most out of everyone in the army. Her birthday is September 29th. 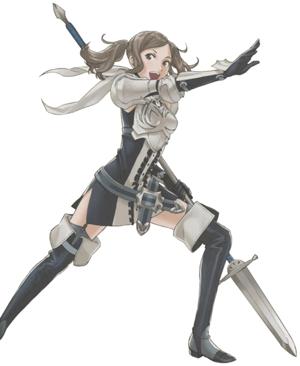 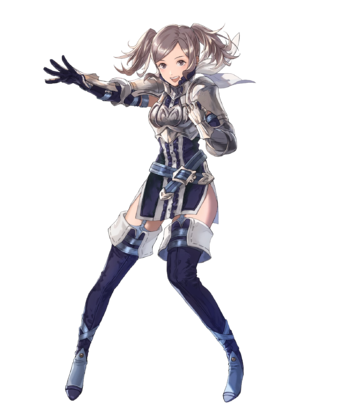 Sumia's daughter, she's optimistic, cheerful, and brimming with energy. Due to her admiration of cool heroes, she diligently studies dramatic entrances. However, being as clumsy as her mother, her entrances are often dramatic for the wrong reasons. Famous for her nonsensical sleep-talking. Her birthday is May 14th. 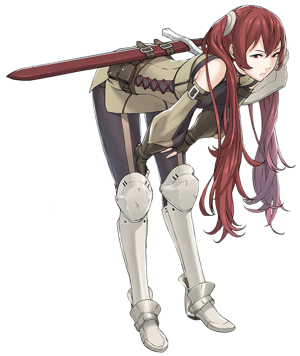 "I can fight like my mother. I'll PROVE I'm every bit as brave as her."

Cordelia's future daughter. Growing up in the shadow of her mother has given her an inferiority complex and an attitude to match. She likes using words to get her way. The most wasteful shopper. Her birthday is January 21st.

The son of Cherche, he feels that things meddling with the past isn't a great idea and always wears a mask and acts on his own, but is more likely to get lonely than the normal person. The person who gets the worst sleep in the army. His birthday is September 1st. 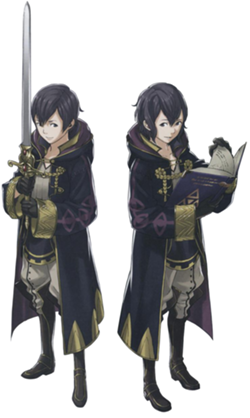 Click here to see both Morgans in Fire Emblem Heroes 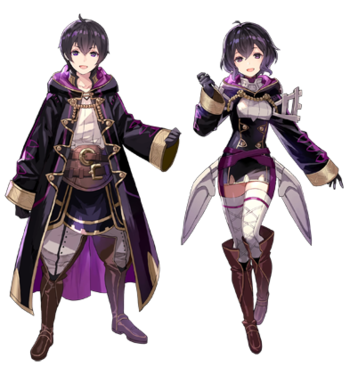 "Think, Morgan, think! How would Mom/Dad handle this?"

The Avatar's (aka you — the player) future child. Morgan is always the opposite gender of the Avatar. An upbeat child who remembers little about the future they came from. They want to be a tactician like their parent. Unique in that they are the only possible Third Generation character. The most shamelessly self-driven. Their birthday is May 5th.

Just like their parent, their personality is different depending on gender, though it's significantly more altered than the minor changes Avatar has. Male Morgan is much more calm, mellow, and kind of a dork, and is universally nice to everyone he interacts with. Female Morgan, meanwhile, is more aggressive, exuberant, and appears to not really care about the feelings of others as much as male Morgan, with something of a sadistic streak and is also more immature than the male version. 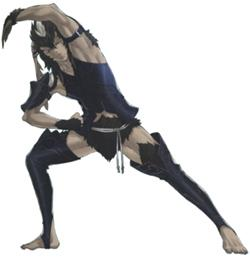 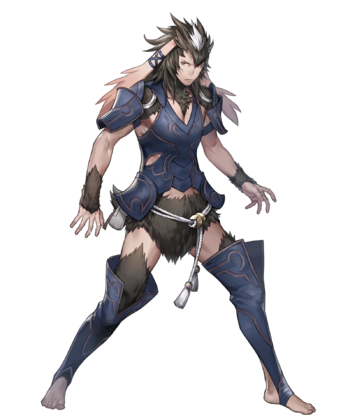 "I'm too young to go extinct!"

Panne's son from the future. He's timid and extremely cowardly. Afraid of the extinction of the Taguel race (i.e. himself), he's reluctant to fight on the front lines, but will put himself in danger for his friends. Has the loudest voice in the army. His birthday is March 14th.

Miriel's son from the future. He's a model student, smart and serious, but is easily influenced by those surrounding him. Because he has a good eye for detail, he's able to solve issues with ease. He's infamous for his shining glasses. His birthday is April 25th. 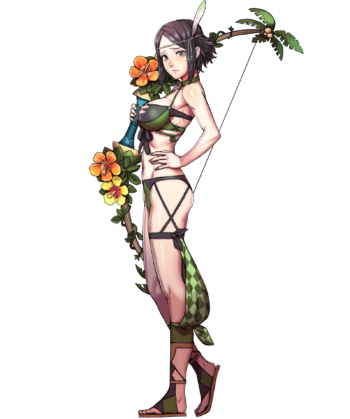 Tharja's daughter from the future. Since she was used as a guinea pig for her mother's curses, she has developed a cowardly and negative personality. She may look delicate, but she's a completely different person when she snaps. She's the fastest to escape in the army. Her birthday is October 7th. 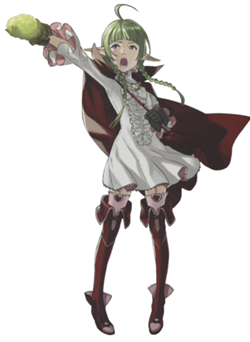 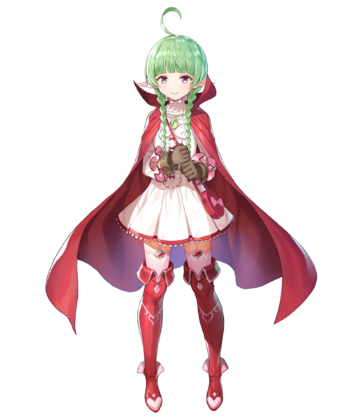 Nowi's daughter. In stark contrast to her mother, she is remarkably mature for her age and adept at keeping her feelings in check — including those about her odd name. Despite being a child, she sometimes questions the intentions of others. Has the best teeth in the army. Her birthday is March 29th.