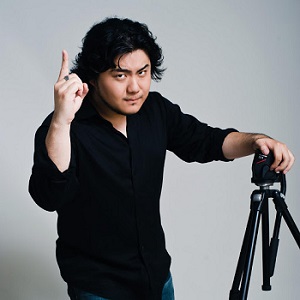 I am the bone of my sword.

While he doesn't tend to get cast for leads, he's one example of an actor who's very hard to pigeonhole. His voice could go to plain, to suave, to laid back and even to stoic badass.

, and is the host of a series called Voices of Gaming where the voice actors of various games are recorded playing the games they worked on. Hilarity does indeed ensue. And as of 2018, he is also the dungeon master of a Dungeons & Dragons roleplaying web series on Twitch called Dark & Dicey. In late 2019, he began DMing Droaam & Defiance Wrestling on Hyper RPG.

Roles done by Kaiji Tang, unknown to death, nor known to life.:

You should be grateful for these tropes.:

Finished already? EXCELLENT! Because you are already dead. REPUBLICAN CAAAAAAR!