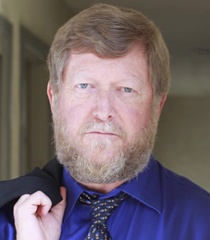 Yes... TV Tropes... Rejoice, and feast on these tropes we offer! Shine your pale light on this empty realm... Share your power with all Voice Actors!
Quiet down, you vermin!
And thus begins the war between different personalities. Transcending history and the whole world...forever to be retold.
Advertisement:

Paul St. Peter (born April 26, 1958 in Minneapolis, Minnesota) is an American voice actor based in Los Angeles. He generally works on anime and video game dubs, most prominently the Digimon franchise. He voiced Leomon and Apocalymon in Digimon Adventure, Wormmon and Tapirmon in Digimon Adventure 02, Gorillamon and Leomon in Digimon Tamers, Cherubimon, Big Brother Mushroomon, Monzaemon/WaruMonzaemon, IceLeomon and Hiroaki Kanbara in Digimon Frontier as well as Keramon/Kurisarimon and SaberLeomon in Digimon Data Squad. He also voiced Diaboromon, Armageddemon and Argomon in the games. He is currently the voice of Grand Fisher and Yammy Rialgo in Bleach and the Nine Tailed Fox in Naruto Shippuden. He's also the English VA for Xemnas in the Kingdom Hearts series, and Armada and Marda B in Battle B-Daman.

Paul St. Peter and his works provide examples of: