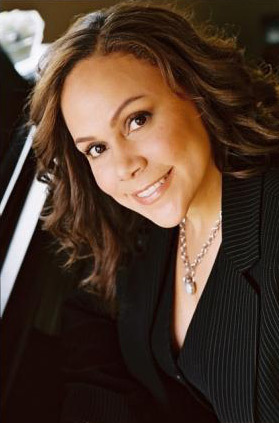 "I expect to be amused."

But that doesn't mean she's stuck in that famous role though. She also voices Shinku in Rozen Maiden, Natalie in Scrapped Princess, Darry in Tengen Toppa Gurren Lagann, Rena Ryugu in Higurashi: When They Cry, Hiyori Sarugaki in Bleach, Yuki Cross in Vampire Knight, and Erika Karisawa in Durarara!!. She's also known for voicing Meimi Haneoka in the TOKYOPOP dub of Kaitou Saint Tail.

She crossed paths with Kana Ueda twice as Rin Tohsaka and Rachel Alucard (thrice if you count Lee reprising Rin for Fate/Zero).

where the two talk about their lives, have fun and occasionally have special guests.

Mela is also a singer and a songwriter whenever she's not doing voice work. She is the vocalist for the band Magnolia Memoir, and the band's official website is here

. She enjoys taking her time to meet with the fans in various anime conventions if she's a guest there.