Tropes that apply to Team Angel as a whole: 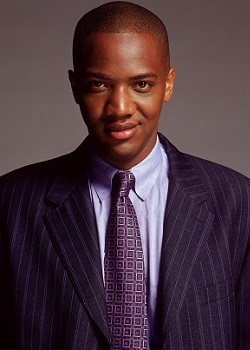 "Notice no matter how uptown we go we always wind up at some stanky hole in the middle of the night?"
Played By: J. August Richards
"The final score can't be rigged. I don't care how many players you grease, that last shot always comes up a question mark. But here's the thing, you never know when you're takin' it. It could be when your duking it out with the legion of doom, or just crossin' the street deciding where to have brunch. So you just treat it all like it was up to you, with the world in the balance, cause you never know when it is."

Orphaned at a young age, Gunn finds himself living on the streets of LA and fighting vampires to survive, eventually forming his own crew of youths from similar backgrounds. After Angel helps the crew out in a turf war against a gang of vampires, Gunn in turn helps Angel and co. in a number of situations, slowly moving away from the streets and becoming a part of Angel Investigations. Street-wise and an accomplished fighter, Gunn nevertheless harbours insecurities that he is nothing more than 'dumb muscle.' 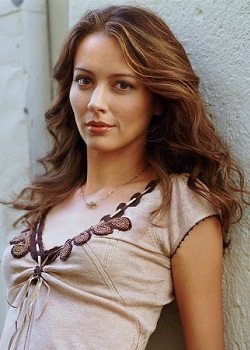 "Can I say somethin' about destiny? Screw destiny!"
Played By: Amy Acker
"Handsome man saved me from the monsters."

Fred was attending college in Los Angeles when she was sucked into a portal and ended up in a demon dimension where humans are slaves. She's there for five years and rather insane before Angel and crew rescue her. Staying with them, she slowly re-adapts to life and becomes a valued member of the team, her incredible intelligence causing her to serve as the brains of the outfit. 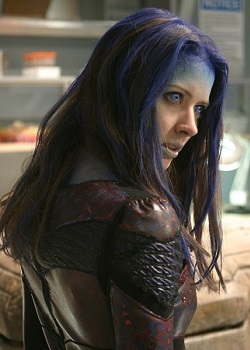 "I play this game. It's pointless, and annoys me. And yet I'm compelled to play on."
Played By: Amy Acker
"I lived seven lives at once. I was power in the ecstasy of death. I was god to a god. Now... I'm trapped on a roof... just one roof, in this time and this place with an unstable human who drinks too much whiskey and called me a Smurf."

Illyria is an Old One, one of the ancient demons that walked the earth before the coming of man. Killed millions of years ago, she is reincarnated in Fred's body and intends to rule once again... only to find her army long dead and her temple turned to dust. With nowhere else to go, she remains with the group, seeking to learn how to live in this strange, new world. Still incredibly powerful even in her diminished form, Illyria is a mighty ally to have; but she see human affairs as beneath her and the crew can never be quite sure that she's on their side. 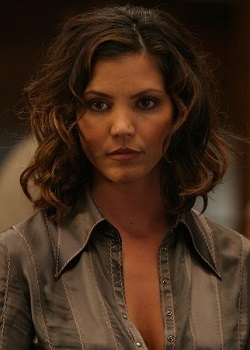 "Tact is just not saying true stuff. I'll pass."
Played By: Charisma Carpenter
"I'm from Sunnydale — we had our own Hellmouth!"

Cordelia was the rich and popular queen of Sunnydale High, until her parents were busted for tax evasion, subsequently losing everything. She moves to Los Angeles to pursue an acting career and joins up with Angel, encouraging him to set up a detective agency as a way to make ends meet (for her). Cordelia undergoes a huge amount of Character Development during the series, going from a spoiled, selfish brat to a kind-hearted, selfless individual. 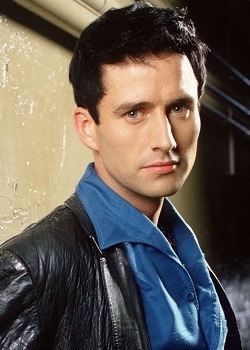 "The good fight, yeah? You never know until you've been tested."
Played By: Glenn Quinn
"One of us has been drinking, and I'm sorry to say it's not me."

A human-demon hybrid, Doyle is chosen as the messenger of the Powers That Be, and sent to help Angel in LA. Doyle receives "visions" from the Powers, described as splitting great migraines with pictures that warn of people in trouble. Doyle has a shady past and is seemingly a coward, but the visions and his numerous underworld sources make him a valuable asset, and he becomes good friends with Angel. Together with Cordelia, the three of them form the nucleus of Angel Investigations. 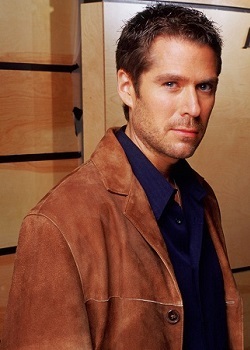 "Sorry. I think my sense of humor is trapped in a jar somewhere."
Played By: Alexis Denisof
"You know, back in my days as a rogue demon hunter, I once used that very spear to pin down what I thought was a small Rodentius demon. Of course, the poodle's owners weren't very happy."

A replacement sent by the Watcher's Council following Giles' termination. Clean-cut, by the book, and not without an inflated sense of self, Wesley is immediately detested by both Buffy and Faith. Most of his decisions (though well-intentioned) fail spectacularly, such as his attempt to "rehabilitate" Faith when she goes rogue. Like Giles before him, the Council eventually tires of Wesley and lets him go. At a loose end, he becomes a "rogue demon hunter" himself, his travels eventually leading him to LA, where he joins Angel Investigations. As a former Watcher, Wesley is the resident demon expert. He's also a brilliant linguist and a fairly skilled sorcerer. As the series progresses, he slowly becomes more assertive and confident. In spite of the drastic changes he goes through over the course of both series, Wesley's most noteworthy personality traits remain the same—he is dangerously pragmatic, incredibly ruthless, generally unapologetic of even his worst decisions, and more loyal to his own moral compass than to any single person. At his core, though, Wesley is a good man.

Krevlornswath "Lorne" of the Deathwok Clan, also known as The Host 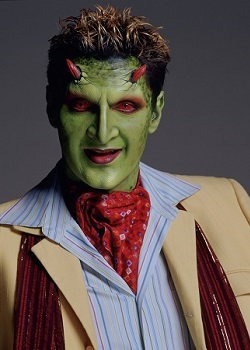 "Always leave 'em wanting more, kiddo. That's the rule."
Played By: Andy Hallett
"So I am covered in cherries. The police are just pounding on the door, and Judi Dench starts screaming, "Oh, that's way too much to pay for a pair of pants!""

Demonic nightclub owner with the face of Quentin Tarantino, and the dress sense of Liberace. Born in another dimension, Lorne rejected its Proud Warrior Race Guy culture, becoming a pariah. He was overjoyed, then, when he fell into a portal and found himself in Los Angeles. Setting up a karaoke bar on the spot, he brands it a sanctuary, where violence between demons is impossible. Lorne is an empath, who can read people's destinies when they bare their souls — that is, when they sing. He uses this to help people by setting them on their true path. Lorne tries to maintain a neutral stance, but finds himself being drawn into Angel Investigations and eventually becomes a full-fledged member of the team. 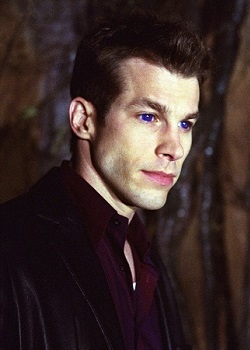 "Hail to you potential client!"
Played By: Mark Lutz
"Angel, you and I have fought side by side on more than one occasion. Fellow warriors, shoulder to shoulder. By now, my counsel must assuredly hold weight, so I beseech you to heed my words: Pomegranate Mist is the wrong color for this room."

A battle-hardened champion of Pylea and other-world equivalent of Angel. Though technically of Lorne's species, his mixed bloodline has manifested in "Cow" (read: humanoid) traits, making him an outcast among his kind. Once Cordelia ascends the throne, the Groosalugg (or "Groo" for short) is assigned as her mate. However, Cordelia does not want to consummate their relationship because she fears losing her visions, which Groo would immediately inherit. At Cordy's urging, rulership of Pylea passes to Groo, who installs a set of sweeping reforms. He is soon dethroned, however, and ends up in Los Angeles — unknowingly edging out Angel as the city's hero. 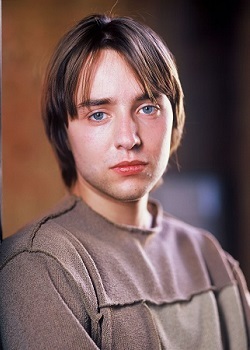 "You gotta do what you can to protect your family. I learned that from my father."
Played By: Vincent Kartheiser

Against all laws of the universe, Angel and his sire Darla conceive a son and the result is Connor, who is super-strong, agile, has enhanced senses and healing and is, by all appearances, human. Taken away to another dimension, the Quor-Toth, as a baby, Connor returns a few months later. Due to time flowing differently there, he is now seventeen years old, and an incredible fighter. Harboring a deep hatred for Angel's true nature, Connor is at odds with Angel Investigation just as often as he is fighting alongside them.