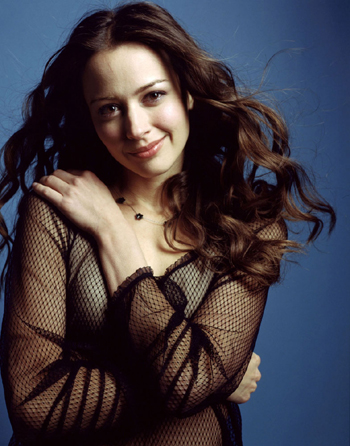 "A recent report from the World Health Organisation has estimated there are at least 359,003 men worldwide who are still single because they had hoped to find someone like Amy Acker. The WHO report also notes that Acker is the only woman in her 30's known to be getting cuter with each year."
— Uncyclopedia
Advertisement:

Amy Louise Acker (born December 5, 1976 in Dallas, Texas) is an American actress, best known for the TV shows Angel, Dollhouse, Person of Interest, and The Gifted.