All of the characters in No Straight Roads.

An underground (both literally and figuratively) indie rock band who decides rebels and stands against NSR to liberate Vinyl City from its control, and are the protagonists of the game.
In General 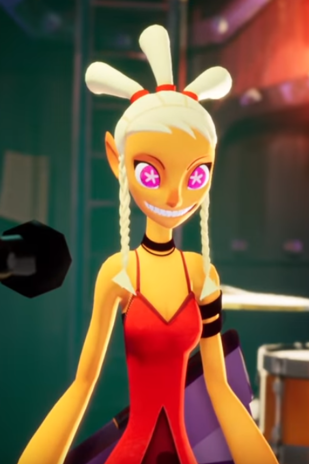 "No more injustice! It's time we fight EDM with the power of ROCK! The music revolution starts right now!"
The guitarist and vocalist for Bunk Bed Junction.
Zuke 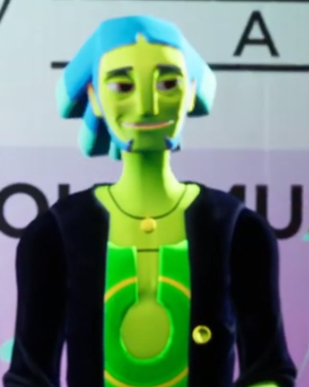 "You're disrupting our music revolution, man! Let's get this over with!"
The drummer for Bunk Bed Junction.

A secret alligator assistant who tags along with Mayday and Zuke, and is the third playable character in Assist Mode exclusive for the Nintendo Switch version.

Short for No Straight Roads, is an EDM record label giant run by Tatiana that rules over Vinyl City, and are the titular main antagonists of the game.
In General 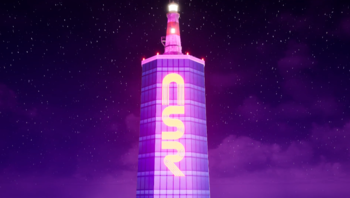 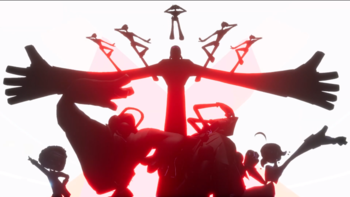 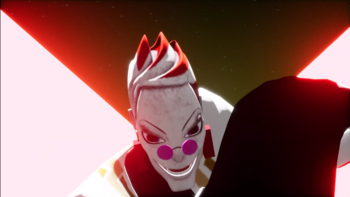 "The age of rock is over. EDM rules this city!"
The CEO and founder of NSR, and the primary antagonist of the game. She's a pompous, snooty woman and a bit of perfectionist when it comes to musical talent.

NSR's top talent and are major antagonists and bosses in the game.
In General
DJ Subatomic Supernova 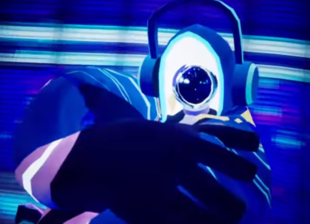 "Don't you know who I am? I. AM. DJ Subatomic Supernova! My music will reach the furthest corners of the galaxy. What have you done today, simpletons?"
A space-themed superstar DJ who will settle for nothing less than his music reaching the farthest corners of the galaxy, partnering with NSR as a means to do it. He represents house music, and his concert is at Club Planetarium. He's the first NSR artist and boss Bunk Bead Junction battles.
Sayu 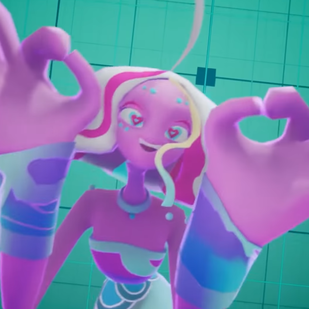 "Seems like I have no choice but to defeat you with the power of LOVE LOVE Sayu pyuu~n!"
A bubbly, mermaid-like superstar virtual pop idol who represents electro-pop.
Yinu 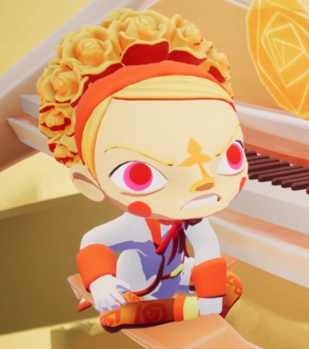 "Mayday and Zuke, stay away from my piano!"
A superstar child prodigy pianist, known as the "Golden Maestro of Vinyl City." She represents dubstep with her classical piano style.
1010 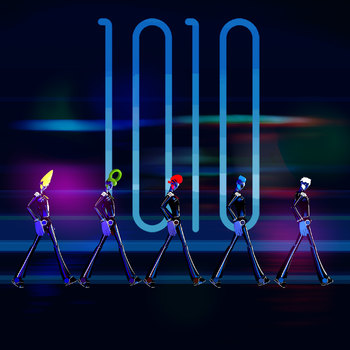 A superstar android boy band comprised of five members and the "coolest group in Vinyl City" who represent techno.
Eve 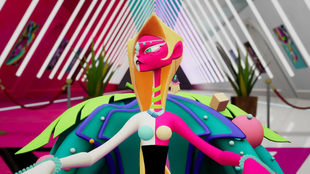 "This pedestrian girl you chose is a mistake. We celebrate your redemption, Zuke."
A soft-spoken, shape-shifting superstar artist and illusionist who represents synthwave and hides within her museum.

Yinu's mother, who is very protective of her daughter and her musical career, and will quite literally crush those who threaten to ruin it without a moment's hesitation.
Neon J. 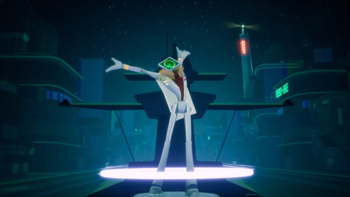 "You mess with my troops, you mess with me!"
A radar-headed android and possibly the manager and mastermind of 1010. 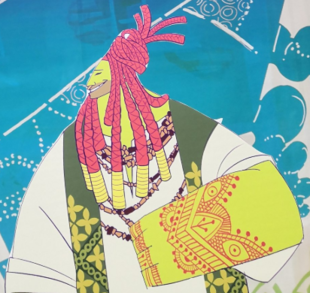 A very famous rapper who has the ability to control shadow puppets and is a boss in the game.
Kliff

"Before you go, it would be an honor for me to brief you on your next fight. May I?"

"Her music, her style, her designs... even her aura is one-of-a-kind!"