Exactly What It Says on the Tin
aka: Aptly Named 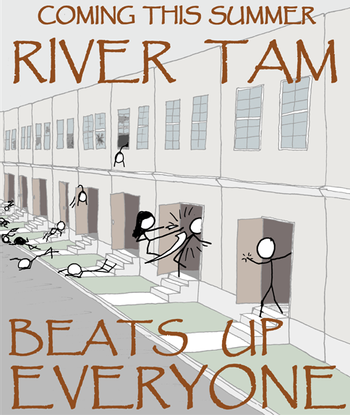 What, did they run out of movie titles or something?
Advertisement:

The title comes from the long-running "Does Exactly What It Says On The Tin" TV advertising campaign for Ronseal Quick Drying Woodstain, a British product for staining wood, which is known to dry quickly (and other Ronseal products, but the woodstain was first). This became a figure of speech through their extremely straight-forward TV ads. More on which may be found

This trope is only for titles or names given deliberately by authors or marketers. All Real Life examples go in Titles or Advertising section. This is not a trope for the names of things in general.