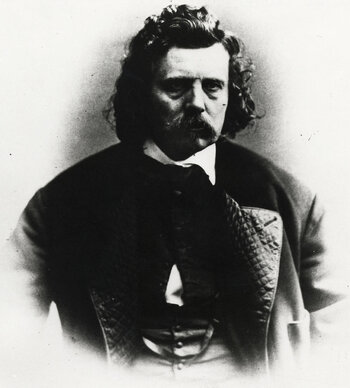 German-born American painter who specialized in historical paintings, mostly those involving the early history of the United States.

Born in the German principality of Wurttemberg, his family moved to the United States when he was young. He got started early in painting to support himself after his father died by painting portraits. Later he became more skilled in painting and planned to create portraits of American statesmen, but that had never come to fruition. He ended up studying the works of arts in Europe and found success as an artist in Dusseldorf.

A supporter of the European revolutions in 1848, he tried to encourage the revolutionaries by showing them the examples of the Americans' success and painted Washington Crossing the Delaware, the painting he was best known for. He continued to work on historical painting of the United States until his death in 1868.