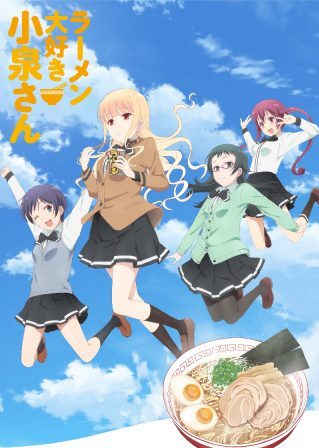 Miss Koizumi Loves Ramen Noodles (Ramen Daisuki Koizumi-san) is a Japanese manga series by Naru Narumi. The story is basically about a girl named Koizumi who loves eating ramen and her classmate Yuu who loves watching her do it. It began to be serialized in Takeshobo's Manga Life Storia magazine in September 2013.

A live-action drama series aired from June 2015 to December 2016. A 12-episode anime by Studio Gokumi aired during the Winter 2018 anime season.