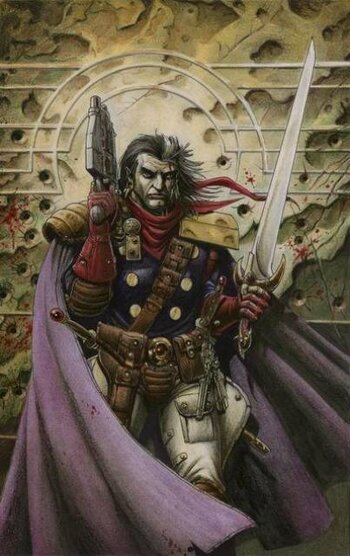 Grimjack was the creation of writer John Ostrander and artist Tim Truman: first appearing as a backup in First Comics Starslayer in November 1983. It soon proved popular enough to spin off into its own series, lasting 81 issues, though First’s bankruptcy prevented any new material from being published until 2005.

Grimjack is the street name of John Gaunt, a sword-for-hire, ex-paramilitary, war veteran, and former child gladiator. He operates from Munden's Bar in the Pit, a slum area of Cynosure, a pan-dimensional city to which all dimensions connect.