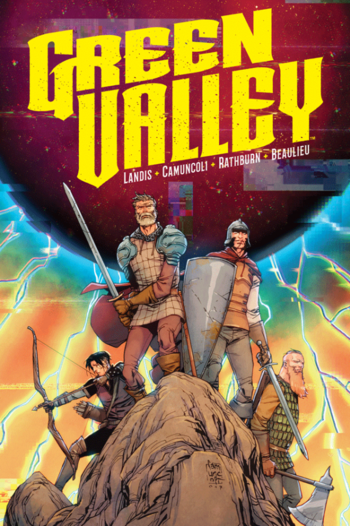 A 2016 comic mini-series written by Max Landis and published by Image Comics.

The Knights of Kelodia are the finest in the land, but they've never faced a power like the one that resides in the Green Valley. Now they're about to embark on an adventure of a lifetime, to stop a wizard and slay his dragons, but there's no such thing as magic or dragons...is there?