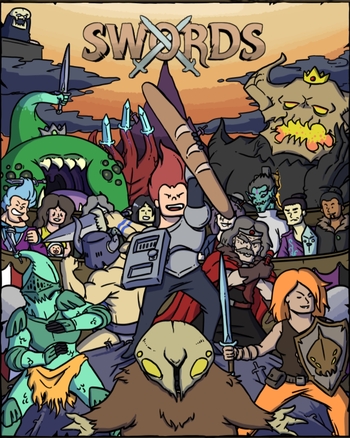 It's like if Fighter could draw and made a webcomic.

is a webcomic by Matthew Wills about a fictional universe where swords are very important, taking many different roles, as well as being filled with sword themed wildlife. While the comic has a unique lore and an on-going story, it also features many one-shot comics that just end in sword puns.