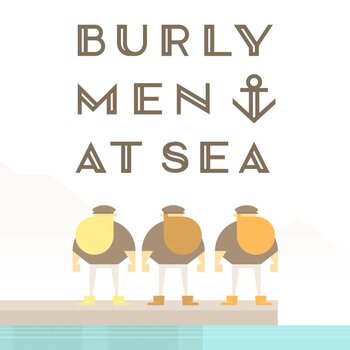 Burly Men At Sea is a video game halfway between the Visual Novel and Point-and-Click Game, developed by Brain & Brain and available for Mac OS, Windows, iOS, and Android.
Advertisement:

The game's plot deals with three stout seafaring brothers, Brave Beard, Steady Beard, and Hasty Beard, who are stimulated by the discovery of a mysterious blank map to explore the seas around their island home. What they discover is the stuff of a whimsical and non-threatening adventure loosely inspired by Norse Mythology.