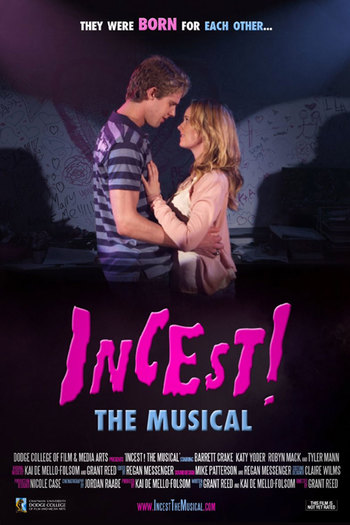 "When I was first thinking of ideas for a project, I keep thinking: You know, it would be really fun to do a musical about something horrible."
— Director Grant Reed

Incest! The Musical is a 2011 Romantic Comedy Short Film that was funded on Indiegogo. It's pretty much Exactly What It Says on the Tin: Twincest and Spontaneous Choreography.

The plot revolves around Alex and Katie, who are meant for each other. Alex is student class president, and Katie is valedictorian. They're also twin brother and sister.