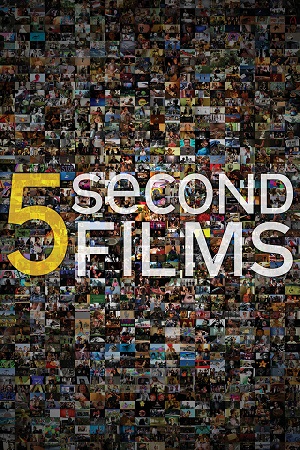 5 Second Films (or 5SF) is a website run by a group of actors and writers that regularly produce short films. These short films last exactly five seconds (8 seconds, if you count the title card and 'The End'. But don't pay attention to that). The subject of said films are almost completely random, with only a few subjects and characters referenced more than once.

; useful, since it has some of their earlier videos that are no longer accessible on their main site.

. Production started in September 2013 and is planned for completion around Summer 2014. First Teaser

Not to be confused with Five Second Movies.

"Brian, should we take a break from TV Tropes?"
"SHUT. THE. FUCK. UP!"
[Mariachi music plays during a Binge Montage]