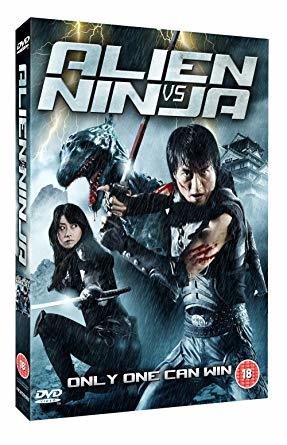 Alien vs Ninja is a 2010 popcorn movie from director Seiji Chiba. When a "fireball" crashes near a ninja village a handful of Ninja are dispatched to investigate the issue.

The film is not part of the same continuity or even franchise as Ridley Scott's Alien films, much as it tries to tell you otherwise.