Film / Aliens in the Attic 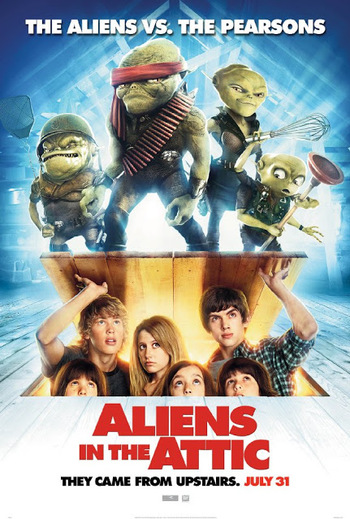 It came from the attic
Aliens in the Attic is a basic "kids save the planet from invasion" movie. The story follows the five Pearson children trying to stop four surprisingly outmatched aliens from taking over the planet. The mind control plugs that are to be the aliens' only weapons don't work on anyone under 18, so they have to defeat an alien invasion without involving their parents or the authorities.

This movie exhibits the following tropes: