This page covers the Nohrian retainers, as well as other characters who join you in the Conquest campaign of Fire Emblem Fates.

Spoilers Note: Three of the Nohrian retainers are the subject of a major plot point revealed only through supports and DLC. This spoiler is unmarked to avoid massive blocks of spoiler text. 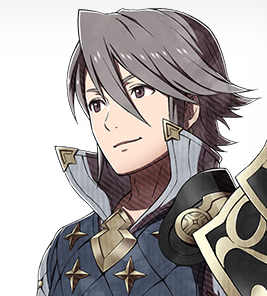 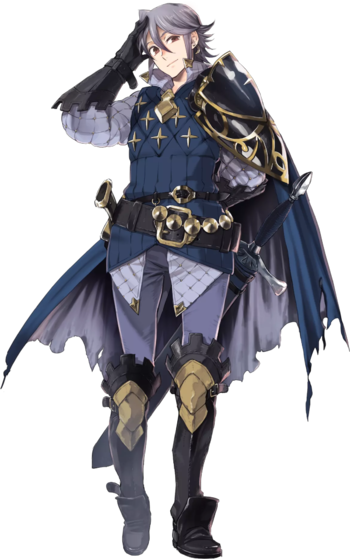 Dancing Duelist
"Hey, why are you staring? Stop it! It's embarrassing me..."

One of Xander's retainers, a cheerful and sociable Mercenary. He loves girls and frequently hits on them or invites them to tea, but is often rejected. He's great at dancing, and can use a special dance command in battle. Goes out at night the most. His birthday is August 7th. 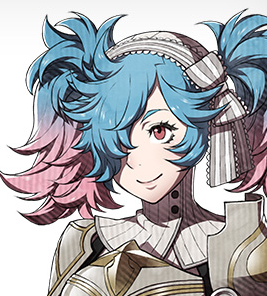 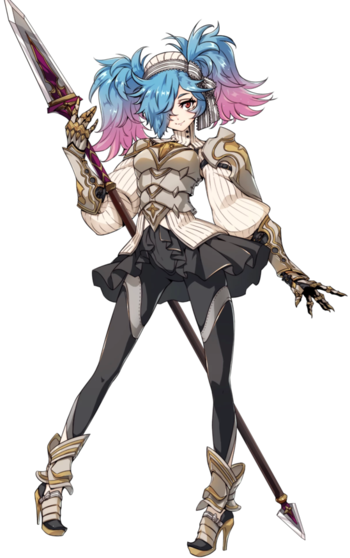 Childish Killer
"P for pulverize, E for eviscerate, R for ruin, and I for impale! Kee hee!"

Subordinate to Nohr’s Prince Xander, a cavalier. Has a peculiar personality where she transforms into a violent alter-ego upon sensing danger on the battlefield. The best cook. Her birthday is December 24th. 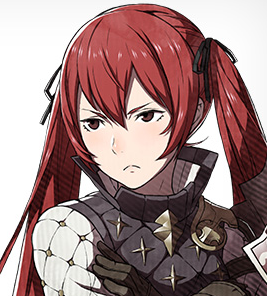 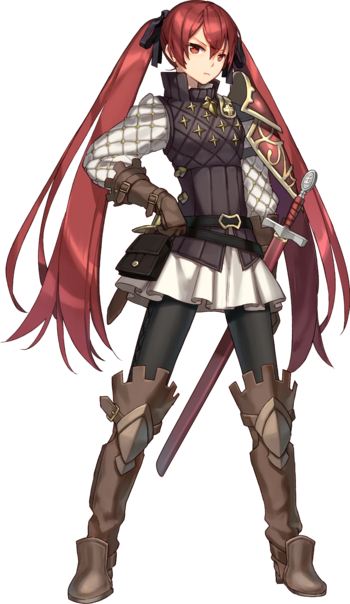 Cutting Wit
"You're so hopeless, heh heh. Lucky for you we're here to bail you out."

A mercenary and one of Camilla's retainers. She hates losing and can't relax if she isn't the best, leading her to constantly pursue rematches against those that have bested her in games or competitions until she's beaten them. She can be very harsh with her sharp tongue, but deep down does truly care about others she considers her friends. The most wasteful shopper. Her birthday is January 21st. 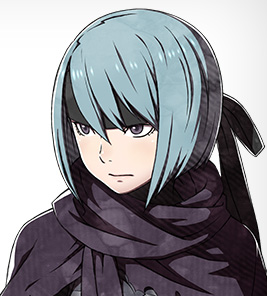 Quiet Assassin
"My mission is to kill, and I will not fail."

A Wyvern Rider who serves as Camilla's subordinate. She was born in the slums and was abandoned by her parents. Deathly silent and devoid of expression. She has worked as an assassin since childhood and is infamous as a capable killer. Camilla is fond of strong women, and Beruka is her favorite. Has a high resistance to poison. Her birthday is February 26th. 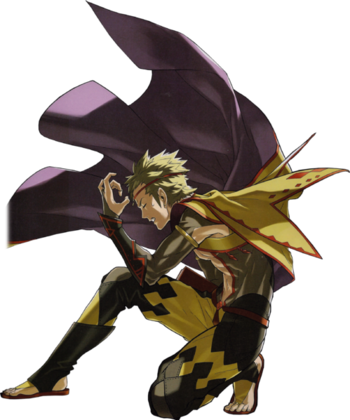 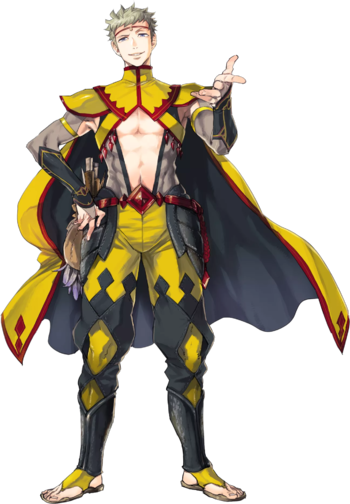 Aching Blood
"Halt! I am Odin Dark - warrior chosen by the darkness."

A mysterious Dark Mage who spends his days developing “awesome special attacks” and absurd names for his weapons. He is easily riled up for battle, and claims he's in constant danger of losing control of his power. He's also one of Leo's retainers, working alongside Niles. His past is shrouded in mystery, and he doesn't like talking about it, though he still talks a great deal. The most apt to shout "Level Up!" in the army. His birthday is July 15th. 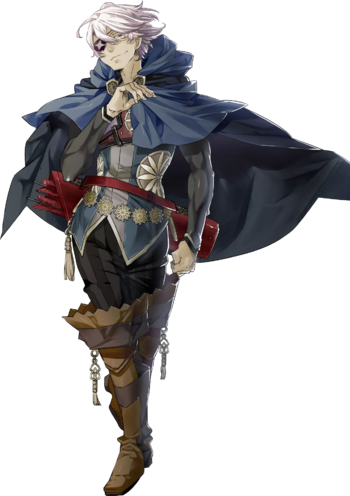 Cruel to be Kind
"Let's have some fun, shall we?"

A former robber who now works for Leo, prince of Nohr. He is an extreme sadist who loves the sight of others' suffering and often speaks in riddles. He can use the "Capture" command if a prison has been built in My Castle. When a generic unit has been defeated using this skill, they will be sent to the prison. Loves to stargaze. His birthday is April 22nd. 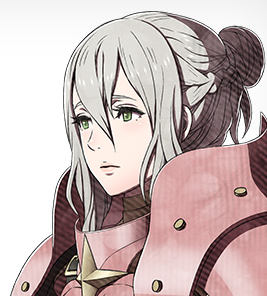 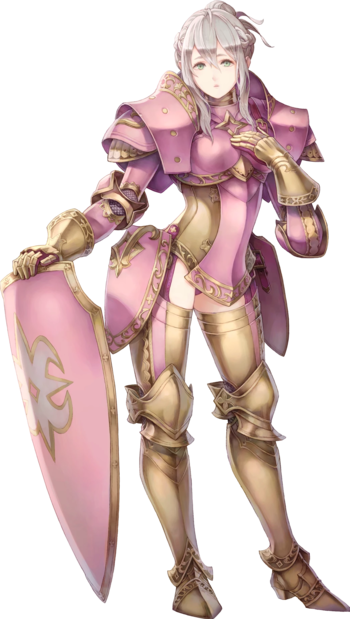 Army of One
"Strength is everything!"

A knight who serves Elise and seems protective of her. She was born in the capital's underground streets and is a kind woman who desires to protect others. Regularly undergoes incredible training to obtain the power she seeks and benefits from super strength as a result. She never misses training so she can protect others. Has the most second helpings. Her birthday is April 13th. 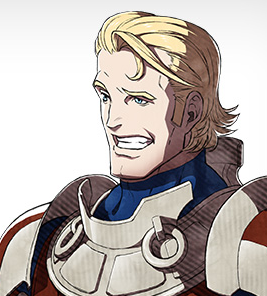 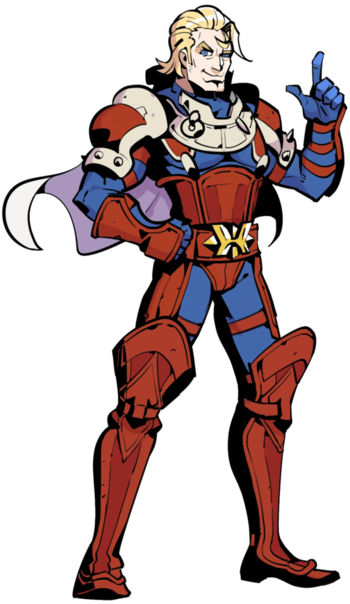 Hapless Hero
"In the name of justice!"

An Axe Fighter who is Elise's servant. He was born in the capital’s underground streets and became a hero who kept his town’s peace. Although he’s a honest young man who pursues the path of justice, he’s ridden with god-forsaken levels of bad luck. He only joins in the Conquest and Revelation campaigns. He's the most likely to trip (and badly). His birthday is January 14th. 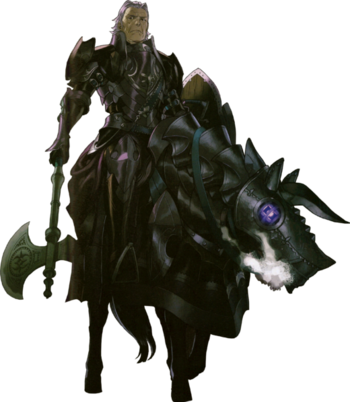 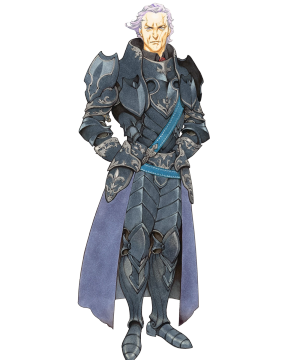 Inveterate Soldier
"War and I go way back."

A knight who has served the Kingdom of Nohr for many long years, with a reputation built on his feats of valor in the past. He acts as the Avatar’s caretaker and subjects them to battle training. Strict and lacks a sense of humor, but also has an easy-going side. His birthday is June 13th.

While he appears as a playable unit during the first few Chapters before the games' paths diverge at Branch of Fate, he only joins the player's army permanently in Conquest and Revelation. 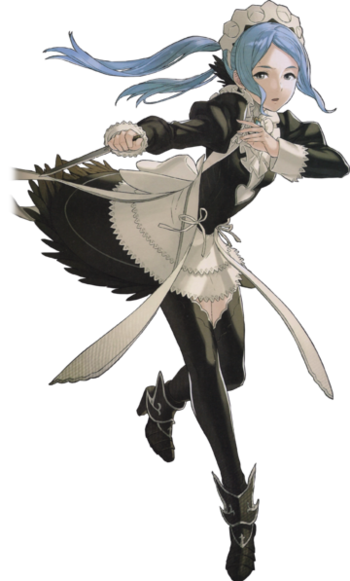 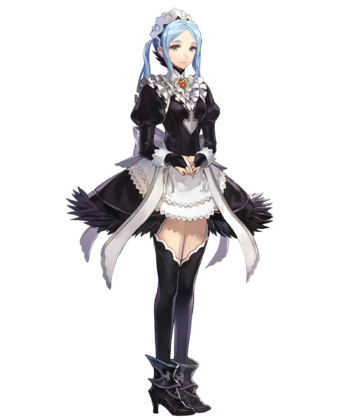 Cold as Ice
"Brace for a chill."

A maid of the Avatar's, like Felicia and Jakob, and Felicia's older twin sister. Although she’s capable of being kind and attentive, her mind often weighs with graver things. Has the most powerful jealousy. Her birthday is February 19th.

Flora is a Secret Character that can only be recruited in Conquest and Revelation once certain criteria are fulfilled. 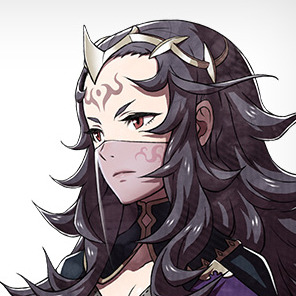 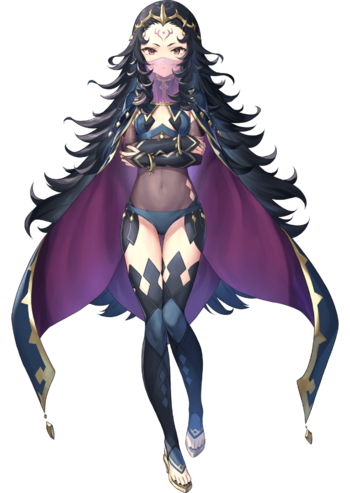 Cursed by Youth/Rulebreaker Mage
"I have matured inside many years since then. You see now? I'm not just wise beyond my years. I'm exactly as wise as a woman of my age...and experience."

A shaman who lives in the Kingdom of Nohr, and one of the few optional units that can be recruited. Contrary to her young appearance, she is incredibly mature. She’s calm and peaceful and doesn’t involve herself with others more than necessary. Though she is an incredibly talented shaman, she lives a quiet life as a fortune teller despite being within an unstable society. When it comes to giving out gifts, hers are the best. Her birthday is February 17th. 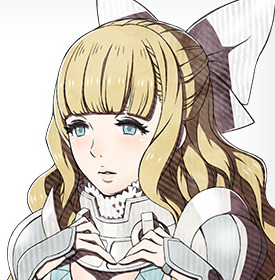 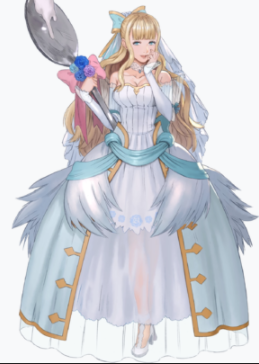 Wily Warrior
"I'm a delicate flower, but I know how to battle."

An axe Fighter who is only an ally in the Conquest and Revelation campaigns. She looks like a pure-hearted girl who treats everyone with kindness, but it's just a carefully calculated act in order to get men to spoil her in the hopes she'll marry into wealth. Her true personality is crude, and she enjoys throwing herself head-first into every battle. The most cynical person in the entire army. Her birthday is May 4th. 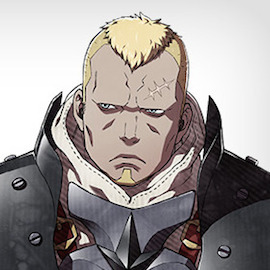 Gentle Giant/Sensitive Soul
"You can count on me."

A mercenary of the border of the Kingdom of Nohr and an acquaintance of Charlotte. He is a great man with a scary face that both his allies and enemies fear. However, he is nice inside and always thinking of his comrades. He carries a homemade charm with him into battle. The friendliest with bears. His birthday is March 24th.

Lupine Collector
"My tail is NOT wagging! It's not! Got it?!"

Keaton is a Wolfskin, a being that is capable of turning into a werewolf-like creature in battle by using a Beaststone. He is the leader of his pack, which lives in the Nohrian mountains. He is cheerful and a little stupid, but also has a very cruel side. Out of everyone in the army, he's the most easily distracted. His birthday is October 30th.