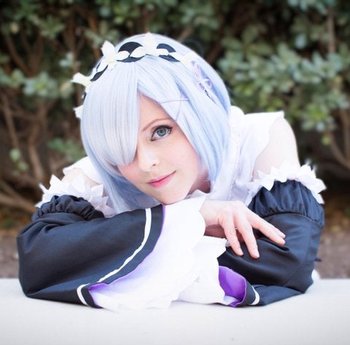 Brianna Noelle Knickerbocker is a Los Angeles-based voice actress best known for her roles as Itsuki Inubozaki from Yuki Yuna is a Hero, Ling Shenhua from Shenmue III, Chisaki Hiradaira from Nagi-Asu: A Lull in the Sea, and Akane Awakusu from Durarara!!. She's often cast as soft-spoken and kind young girls that may be very shy at times.
Advertisement: