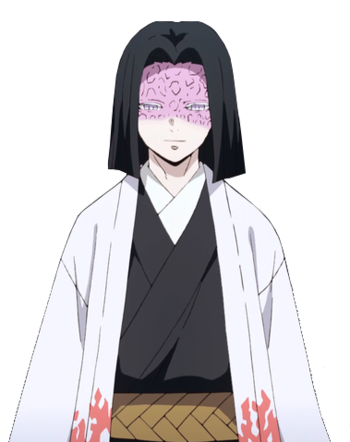 The blind leader of the Demon Slayer Corps and 95th of his line. 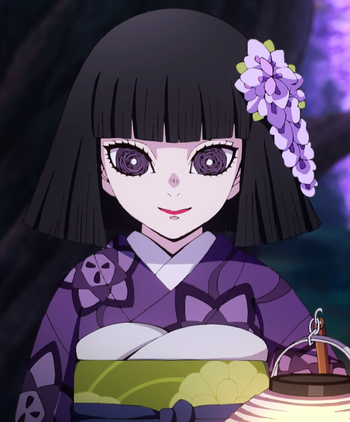 Click here to see him as leader of the Demon Slayer Corps. 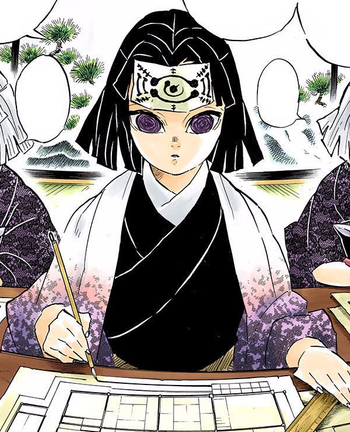 One of Kagaya's children and the only son.

The Hashiranote lit. Pillars are powerful demon slayers and nine of the Demon Slayer Corps' most elite warriors. They answer directly to Kagaya Ubuyashiki.

See here for all tropes regarding them.

The primary trio of demon slayers from the same selection that often team-up to slay demons.

See here for all tropes regarding them.

A young girl who is being trained as a "Tsuguko" (successor) to the Hashira, and is mentored by the Insect Hashira Shinobu Kocho. She partakes in and passes the same Final Selection as Tanjiro does. 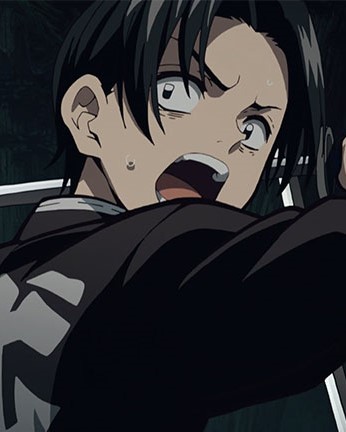 One of the Demon Slayers middle ranks and a friend of Tanjiro. 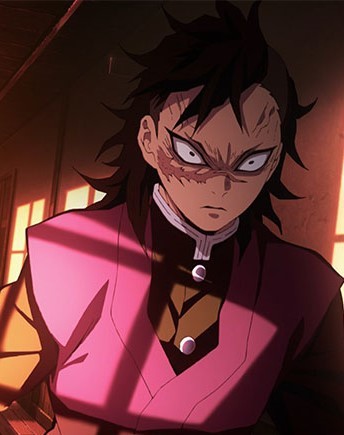 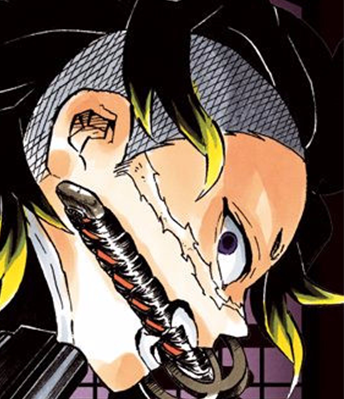 A Demon Slayer who took and passed the same entrance exam as Tanjiro. He is also the younger brother of the Wind Hashira, Sanemi Shinazugawa. 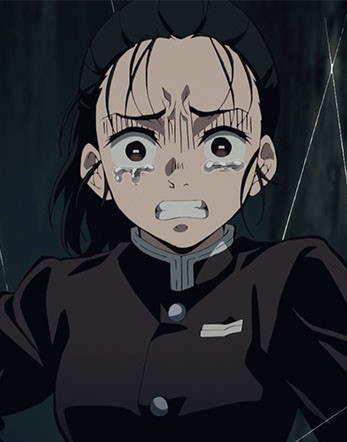 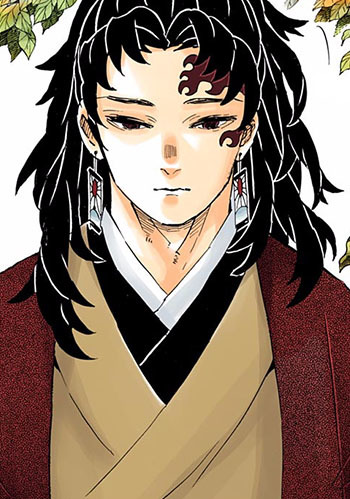 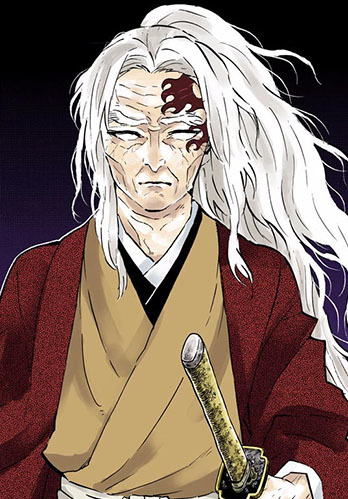 The figure of legend who almost killed Muzan Kibutsuji 400 years in the past. He was a Demon Slayer whose skills seemed to be divine, earning some envy from people due to how unreachable Yoriichi seemed to be, namely Shinjuro Rengoku in the present and his own older twin brother in the past, Michikatsu Tsugikuni later known as Kokushibo.

Yoriichi is the foundation of all Breathing teachings, later labeled as Sun Breathing, his special body condition with affinity towards its techniques made Yoriichi the first Demon Slayer to have capabilities beyond human perception, with that he taught others what he could do, albeit none at the time could fully replicate him thus all other Breathing forms were born.

He is technically the reason for the establishment of the Hashira rankings since it was revealed that the hierarchy within the Demon Slayer Corps was put into place thanks to Yoriichi demonstrating the power gaps between the Slayers. 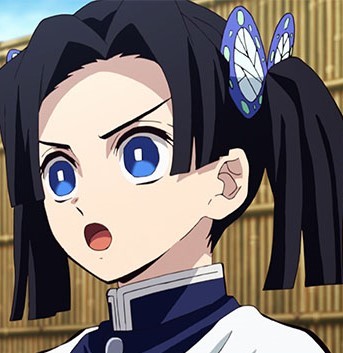 A Demon Hunter who is a caretaker of the Butterfly Estate. 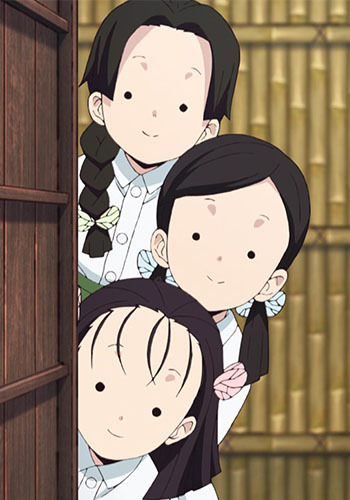 Three young girls who work as servants at the Butterfly Estate. 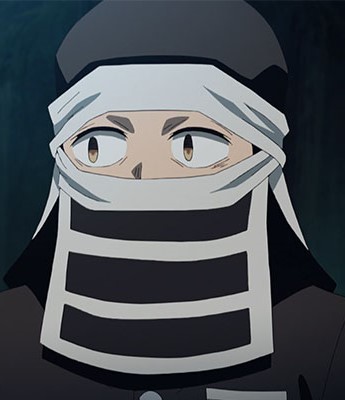 A member of the Kakushi, the clean-up brigade of the Demon Slayers.

A member of the Kakushi and also the head uniform maker for the Demon Slayers. 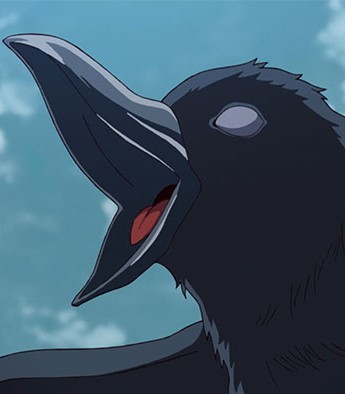 Kasugai Crows are crows that are used by the Demon Slayer Corps primarily for communication. 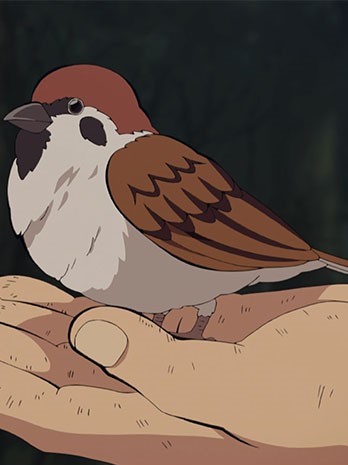 Zenitsu's Kasugai Crow, who is actually a sparrow. 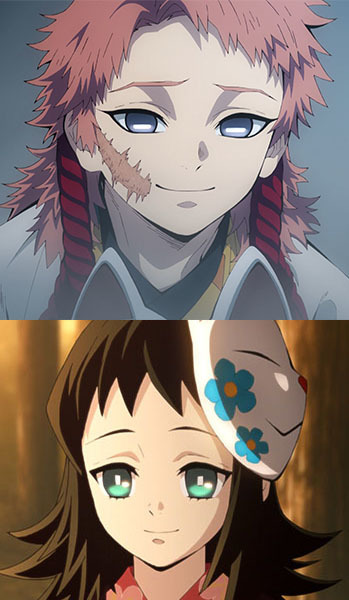 Sabito (above) and Makomo (below)
Sabito: "I will Make you never Forget the Secret Techniques Urokodaki has taught you."

A pair of mysterious children Tanjiro meets while training for the Final Selection.

Three female Kunoichi Demon Slayers and the wives of Tengen Uzui. With only complementary fighting abilities, they mostly supported their husband Tengen in his missions, sometimes with intel gathering. 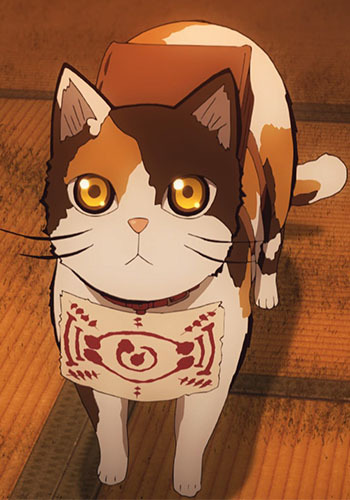 A feline familiar that assists in Tamayo's medical research with Demon blood.
Swordsmith Village
As a Group
The people of the Swordsmith Village are responsible of forging swords for the Demon Slayer Corps to kill demons with.
Tecchin Tecchikawahara

The elderly chief of the Swordsmith Village. 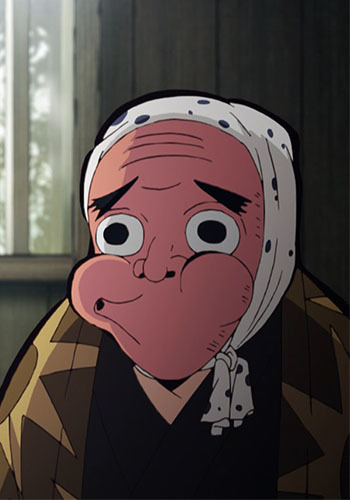 One of many swordsmiths who works for the Demon Slayer Corps. 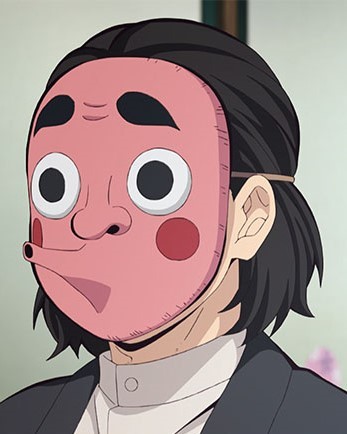 A swordsmith affiliated with the Demon Slayer Corps. 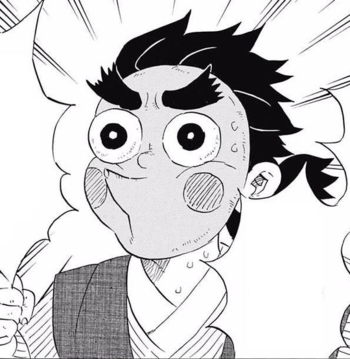 A ten-year-old smith.
Demon Associates
Nezuko Kamado
Tanjiro's younger sister, who was turned into a demon by Muzan Kibutsuji. She joins the Demon Slayers and fights Demons alongside her elder brother.

See here for all tropes regarding her. 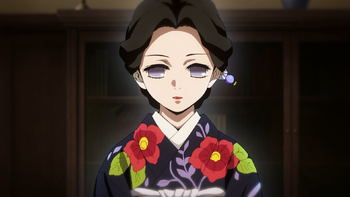 A demon doctor in Asakusa who Tanjiro encounters. She helps him try to cure Nezuko. 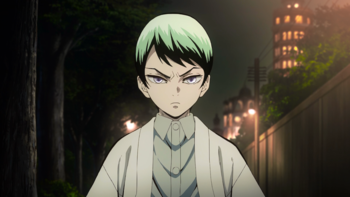 A young man who was turned into a demon by Tamayo.