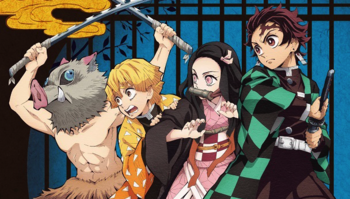 "To dispel the regrets of those killed, to stop any more victims from appearing, I will relentlessly wield my blade against the Demons, and that's a fact. But I will not trample on the pains of being a Demon. Nor on those who regret their own actions. Because demons were humans. Because they were humans like me."

The main protagonist of the series. Tanjiro lived in the mountains with his mother and siblings. One day, when he was thirteen years old, he came home to find that his family had been slain. Except for his younger sister, Nezuko, who was in the process of transforming into a demon. After an encounter with the demon slayer Giyu Tomioka, Tanjiro trained to become part of the Demon Slayer Corps himself and to find a way to turn Nezuko back into a human being. 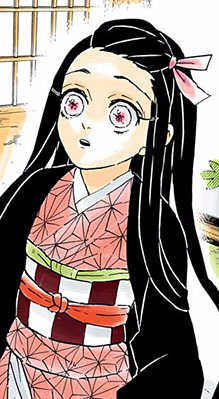 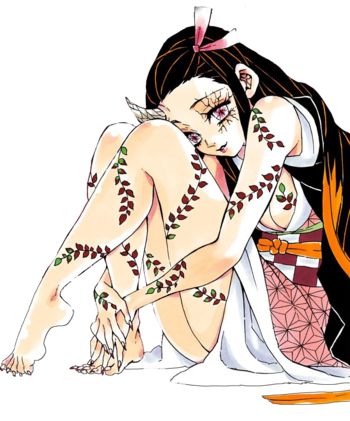 Tanjiro's little sister and the only surviving member of his family after they were attacked and killed by a demon. She became a demon herself, and as a result, can no longer speak and has almost no memories of her life as a human. Since she refuses to eat humans, she gets her energy from spending most of her time asleep. Tanjiro carries her in a box on his back.

Another young member of the Demon Slayer Corps who meets and travels with Tanjiro and Nezuko. Despite being cowardly and insecure, he still tries his best when push comes to shove. He fights better in his sleep than awake. 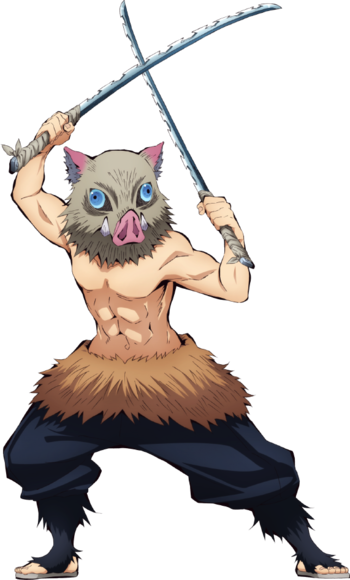 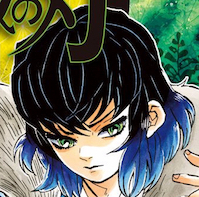 The second member of the Demon Slayer Corps to join Tanjiro and Nezuko. He grew up alone in the mountains and wears a boar head-shaped mask, pants, and not much else. Brash, overconfident and hot-headed, Inosuke is at first convinced that he'll become the strongest if he defeats the right people, but gradually comes to realize that there are stronger people out there and he can't always take on enemies alone.