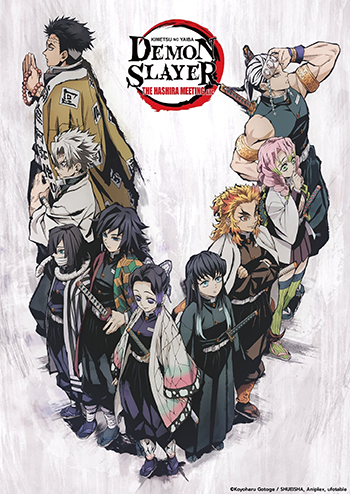 The Hashiranote literally Pillars are the Demon Slayer Corps's nine most powerful warriors. They answer directly to Kagaya Ubuyashiki.

open/close all folders
As a Group
Present Hashira
Giyu Tomioka

"He whose peerless, cold judgment guides him in slaying demons."
"The meek have no power and no options! The strong will crush them in every way! Demons might know how to cure your little sister... But... No demon will respect your whining and begging! And for that matter, I don't respect you either! That's reality!"

The Water Hashira. When Tanjiro was thirteen, he convinced Giyu not to kill Nezuko. In response, Giyu sent Tanjiro to his former teacher Urokodaki to be trained.

"She whose peerless heart beats ever loudly." 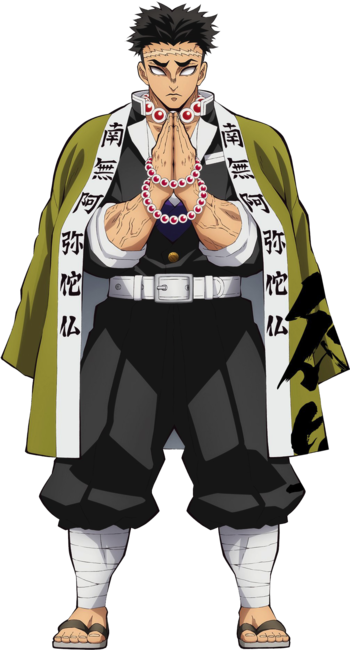 "He who sheds peerless tears of compassion."
"If I never got attacked by that demon, I would have lived my entire life not knowing I was strong."

The Stone Hashira. He is the oldest among the Hashira, as well the largest physically. He's been stated to be the strongest fighter in the Demon Slayer Corps.

"He whose peerless gaze lets no demon escape."
Click here to see his entire face (SPOILER) 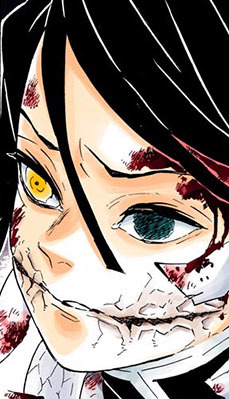 "He who holds peerless resentment towards demons." 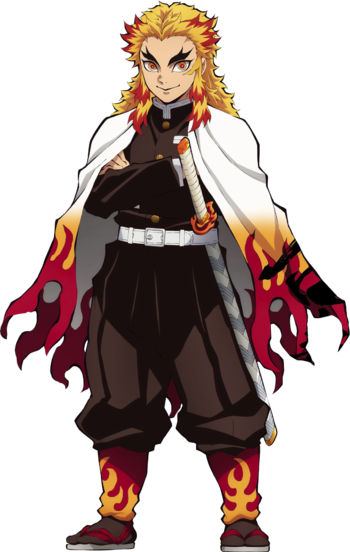 "He whose peerless spirit burns with the hot fire of pride."
"He said it was pointless. But! My passion won't die because of that! The flames in my heart will never ever disappear! I'll never be disheartened." 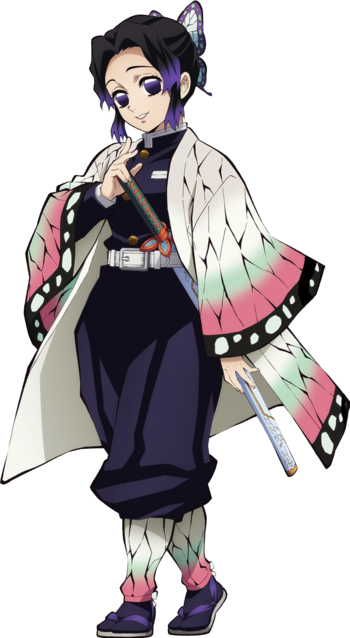 "She whose peerless dances deliver poisonous bites."
"Of the Hashira, I'm the only one who can't cuff off a demon's head.... But I can make poisons that can kill demons. Impressive, isn't it?"

"He who holds peerless swordsmanship talent."

"He who charges across the battlefield in peerless flamboyance."
Tengen after (spoiler warning) 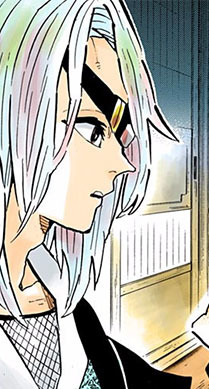 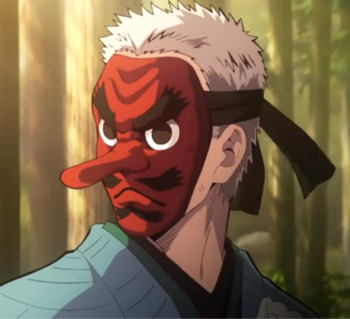 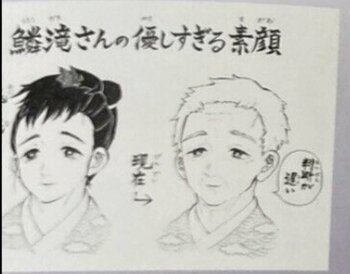 An old master of Water Breathing who taught Giyu Tomioka and later, Tanjiro. He was the former Water Hashira. 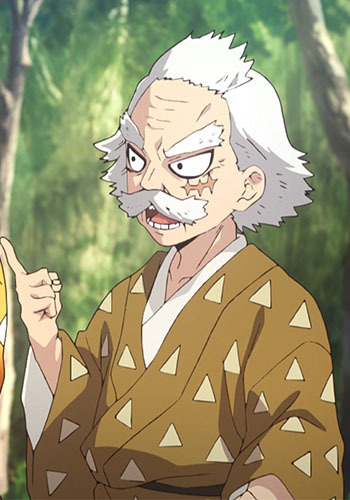 "Master it, Zenitsu! You may cry and you may run, but never give up. You must believe that these days of hellish repetitive training will eventually pay off. Be rid of all your impurities. Become a blade... that's stronger than anyone!" (Chapter 33)

Zenitsu’s master who rescued him from being tied to a woman pilled with debts. He was once the Thunder Hashira, but now retired he decided to pass on the Thunder Breathing style to the next generation. Originally an unnamed elder who Zenitsu affably calls Jii-chan (gramps in context) but is only identified as Shihan (master); he is the first person to see through Zenitsu’s layers of apparent cowardice, noticing that underneath it all, Zenitsu has potential, thus never giving up on his disciple despite the latter’s protests and tantrums. His name was later revealed to be Jigoro Kuwajima in the series' first supplementary light novel. 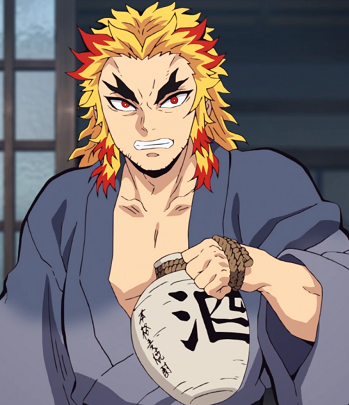 The father of Kyojuro and Senjuro and the former Flame Hashira. He retired and gave his position to his eldest son Kyojuro. 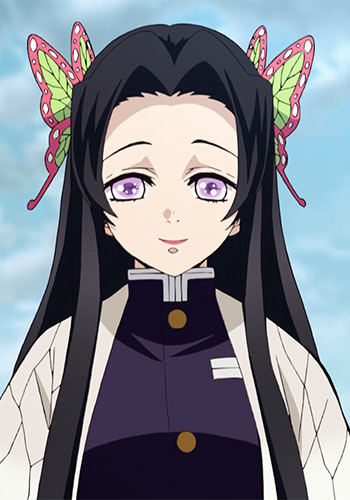 Shinobu's deceased older sister, who served as the Flower Hashira.