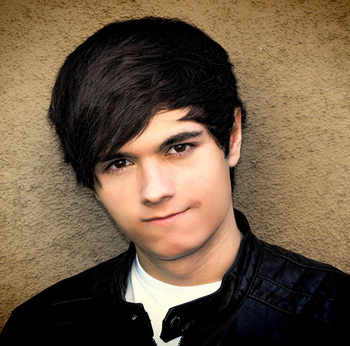 Zach Aguilar (born February 21, 1998) is a Los-Angeles based voice actor who first really got known for his role as Slaine Troyard from Aldnoah.Zero, and these days is probably best known as the voice of Aether (the male protagonist) in Genshin Impact or as Male Byleth in Fire Emblem: Three Houses.

He first started his career as an on-camera actor, but realized that he had much more to offer and could play many more roles without being limited by his appearance. Zach has had extensive training from some of the most recognized voice over artists in the industry.

In 2014, Zach won the Magi 2 voice acting auditions at Anime Expo hosted by Bang Zoom! Entertainment and Aniplex USA. At 16 years old, he was one of the youngest people to ever win and was cast in Magi: The Kingdom of Magic.

Each role is a chance to grow: