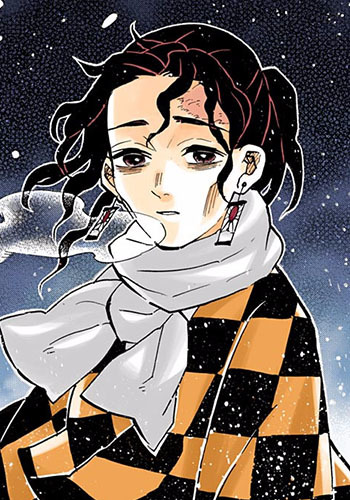 The father of Tanjiro Kamado and Nezuko Kamado and his other children and the husband of Kie Kamado.
Kie Kamado 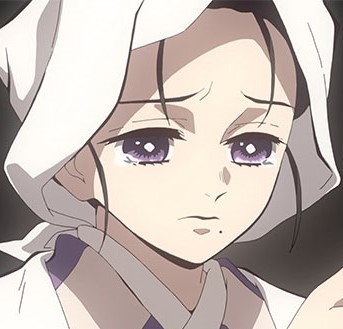 The mother of Tanjiro Kamado, Nezuko Kamado, and her other children and the wife of Tanjuro Kamado.

They are the younger siblings of Tanjiro and Nezuko and the children of Tanjuro and Kie.
Sumiyoshi 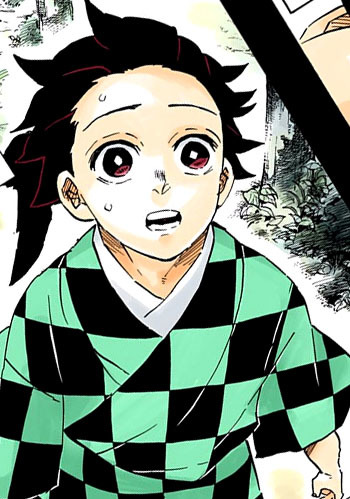 The Kamados' ancestor from four centuries prior to the events of the series, a humble coal burner and seller. Sumiyoshi once was just a simple man living his life with no big aspirations, however, an encounter with a legendary Demon Slayer made him and his entire bloodline be connected to the Sun Breathing legacy.

The blind leader of the Demon Slayer Corps.

See here for tropes regarding him.
Amane Ubuyashiki 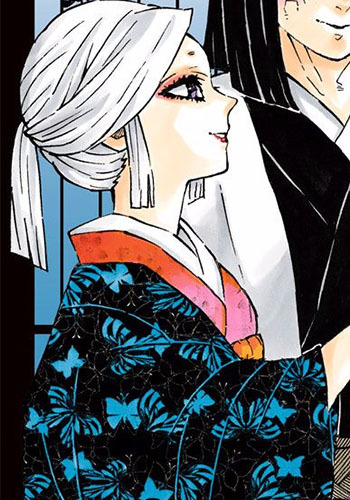 The wife and caretaker of Kagaya Ubuyashiki.

One of children of Kagaya and the only son. He succeeded the leadership of the Demon Slayer Corps as its 96th leader.See here for tropes regarding him.
Elder Ubuyashiki Sisters

The daughter and one of the lastborns of Kagaya Ubuyashiki. She currently serves her older brother, the current head of the Ubuyashiki Household, Kiriya Ubuyashiki.

Shinjuro Rengoku
The father of Kyojuro and Senjuro and the former Flame Hashira. He retired and gave his position to his eldest son Kyojuro.See here for tropes regarding him.
Ruka Rengoku 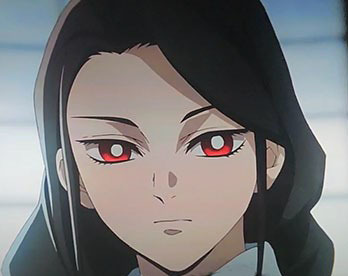 Shinjuro's wife and the mother of their two children: Kyojuro and Senjuro; an apparently strong-willed woman who passed on her will and morals towards her oldest son Kyojuro, much of his character seems to have been shaped by her; however, Ruka's strong will inhabited a weak body, she fell to illness years before the story had begun.
Kyojuro Rengoku
The Flame Hashira.See here for tropes regarding him.
Senjuro Rengoku

A hermit that lives close to the mountain that Tanjiro and Nezuko used to reside in.
Kazumi

A villager and he had a fiancée named Satoko, who was kidnapped and eaten by the Demon of the Bog.
Kotoha Hashibira 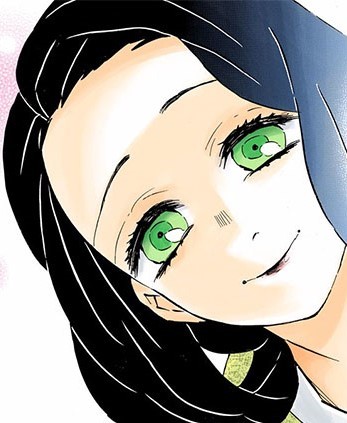 The mother of Inosuke Hashibira, who was killed when Inosuke was a baby.
Koinatsu 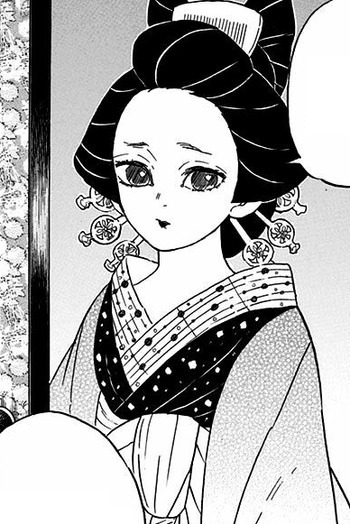 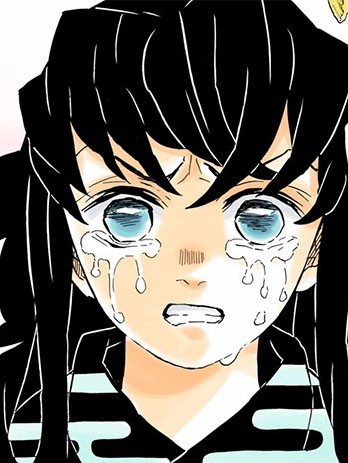 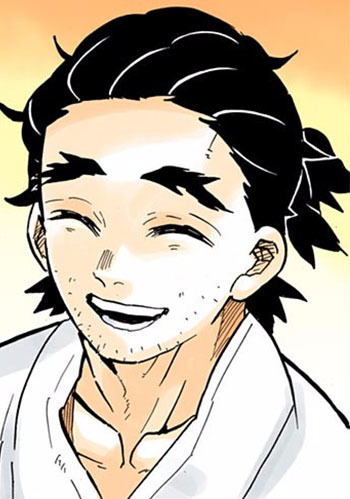 The mentor of Hakuji and the father of Koyuki.
Koyuki 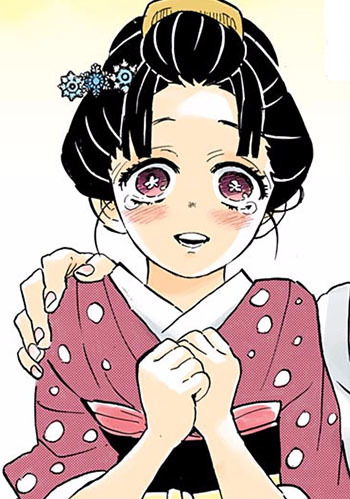 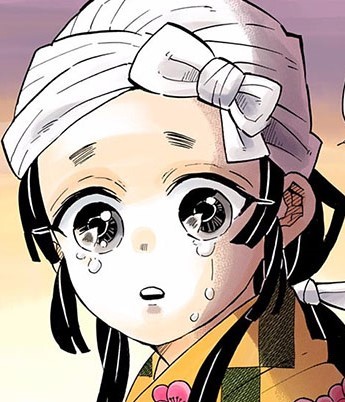 A young girl that a young Yoriichi met during his travels. She befriends Yoriichi and soon, both of them get married when they become adults.
The Doctor (Major Spoilers) 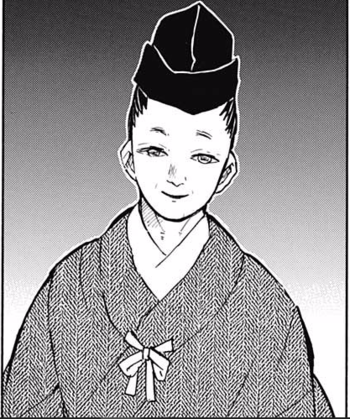 A generous doctor from the Heian Period, where Muzan was born in. He was assigned to cure the disease that resided in Muzan, but got offed by him out of anger and impatience. However, the medicine The Doctor gave to Muzan really did cure his disease after all, only to leave Muzan unable to walk in sunlight and thus beginning his start of darkness. The Doctor is a key character as he is technically the one who started the demon lineage through Muzan and his medicine.
Epilogue Characters (Major Spoilers) 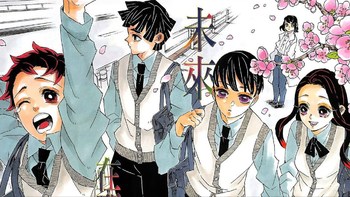 The sixteen year old elder brother of Sumihiko, and a descendant of Tanjiro and Kanao.

The fifteen year old younger brother of Kanata, and a descendant of Tanjiro and Kanao.

The seventeen year old younger brother of Touko, and the great-grandson of Nezuko and Zenitsu.

The eighteen year old elder sister of Yoshiteru, and the great-granddaughter of Nezuko and Zenitsu.

A famed botanist, and the descendant of Inosuke.

Sumihiko's friend and classmate, Senjuro’s descendant whose personality resembles that of the Flame Hashira, Kyojuro Rengoku. 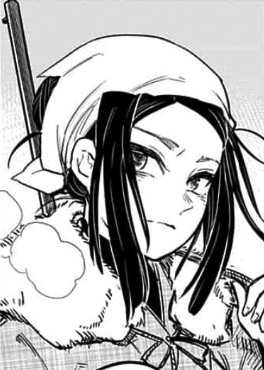 A young woman that Giyu Tomioka encounter on his travels in Giyu Tomioka Gaiden 1 after her father, Matazo transforms into a demon.