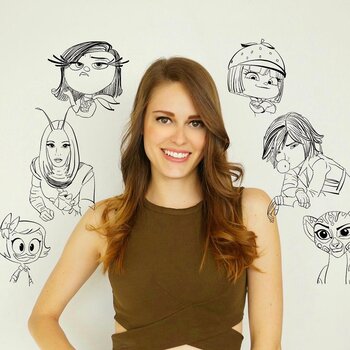 Erika "Güera" Ugalde Cervantes (born April 28, 1990) is a Mexican voice actress and dub director, known best for voicing Disgust in Inside Out, Mantis in the Marvel Cinematic Universe, GoGo Tomago in Big Hero 6, Fuli in The Lion Guard, and others.