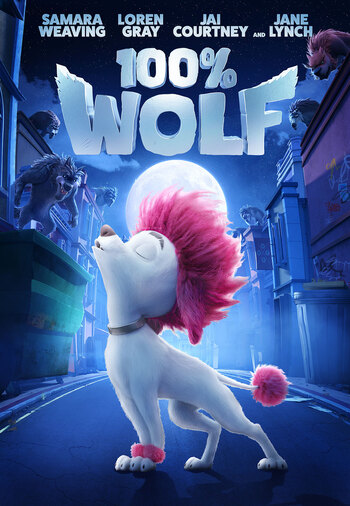 100% Wolf is a 2020 Australian animated Supernatural Fantasy Adventure Comedy film, adapted from the 2009 Jayne Lyons novel of the same name.

Freddy Lupin is a young werewolf with a problem. He’s finally old enough to experience his first official transformation and become a real werewolf, but when the moonlight hits him he turns into a poodle instead. With the threat of being banished from his pack unless he can prove he’s a real wolf by sunrise, he has to evade dog-catchers, a werewolf-hunting ice cream man, and an evil uncle who wants him dead and show his worth to the pack.

A spinoff series, 100% Wolf: Legend of the Moonstone, started airing on December 28, 2020. It takes place after the movie and focuses on Freddy attending a school for werewolves.