Western Animation / Around the World in 80 Days (Burbank Animation) 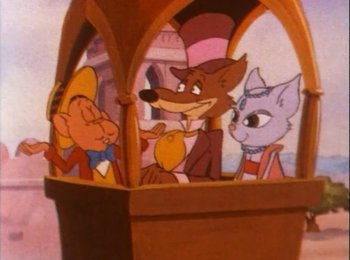 Around the World in 80 Days is the Burbank Films Australia adaptation of Jules Verne's classic French novel about a Victorian Englishman who bets that with the new steamships and railways he can do what the title says. It was released in 1988.

Tropes applied to this film: