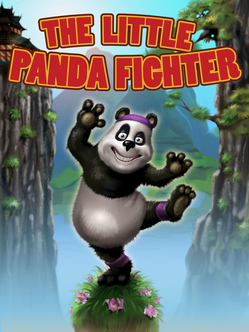 Ursinho da Pesada, known in English as The Little Panda Fighter, is a 2008 Brazilian Direct to Video film by Vídeo Brinquedo that is, to say the least, "inspired" by Kung Fu Panda. A panda named Pancada works at a boxing club, but dreams of becoming a professional dancer. His boss, hoping to get back in the ring, fights a bear named Teddy Thunders, but due to an incident with the washing machine, everyone thinks he's Pancada. Now, Pancada is forced to fight in the ring for a battle that could determine the fate of the business.