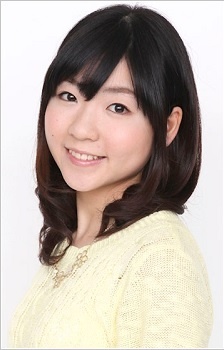 Ari Ozawa (born August 10, 1992 in Tokyo, Japan) is a voice actress affiliated with I'm Enterprise. She became a voice actress due to being inspired by Negima!. She is best known for her debut role as Chiyo Sakura in Monthly Girls' Nozaki-kun. As a result, she's usually typecasted as The Cutie. Subversions exist, though.

In August 2020, she announced her marriage to musician Hige Driver, who had previously composed songs for anime she provided her voice for.