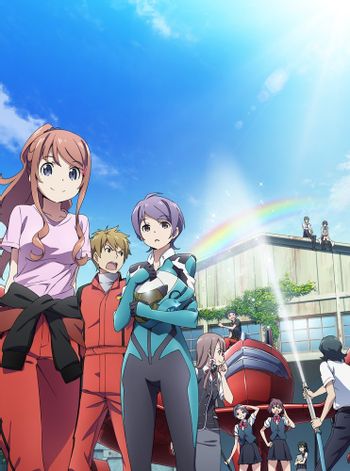 Classroom☆Crisis is an Anime First production written by Fumiaki Maruto (author and scriptwriter of White Album 2 and How to Raise a Boring Girlfriend), which aired during the Summer 2015 anime season.

Quite distant future. After invention of the new spaceship engine, humanity colonized most of the Solar system. In the headquarters of mega corporation Kiryuu Industries there's an elite engineering school for talented young people. And even among them class A-TEC is considered the most privileged ones.

But now they are in pinch. Heads of the corporation got tired of them wasting too much money on their research projects and decided to disband the class. For that reason genius manager Nagisa Kiryuu was sent to it as a transfer student...