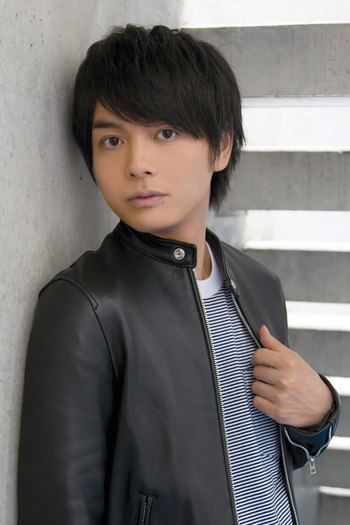 Jun'ya Enoki, also known as EnoJun, was born on October 19, 1988 in Tokyo and is one of the newer seiyū of the 2010s. He is employed by Atomic Monkey. And yes, his family name is also the name of a Japanese mushroom, which has been pointed out a couple of times in variety and radio shows.

While having a fairly modest career in the beginning, it wasn't until he got the role of one Pannacotta Fugo that he really started to make a name for himself in the industry. Since then, he has promptly blew up and now is EVERYWHERE, usually voicing young Nice Guys; a good chunk of whom serve as either The Heart or Comic Relief.

Also happens to be the cousin of fellow voice actress, Chika Anzai.

Kane-san, I did it! I've compiled a list of roles!: