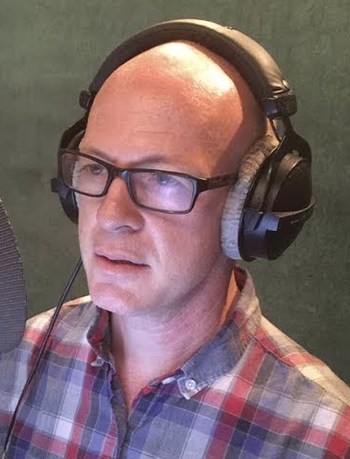 Derek Stephen "Steve" Prince (born February 5, 1969 in Inglewood, California) has been around the dubbing business for a while. His first big role was the voice of both Veemon and Ken Ichijouji in Digimon Adventure 02. Tengen Toppa Gurren Lagann fans will recognize him as fan-favorite Attenborough "Beamspam McMuppet" Cortitch. His voice ranges from very high-pitched to low and emotionless. He is usually cast as the cute young boy or the Scary Shiny Glasses nerd.

He has done some live-action roles on Power Rangers and, before that, he was Tuba in Saved by the Bell: The New Class.