The Gym Leaders in Unova, beating them grants the eight Badges necessary to enter the Unova League.

The Striaton Gym uniquely has three Gym Leaders; which one the player faces depends on the starter they chose.

A waiter who specializes in Grass-types alongside his brothers Chili and Cress.

For the anime version of Cilan, see Pokémon - Best Wishes!. 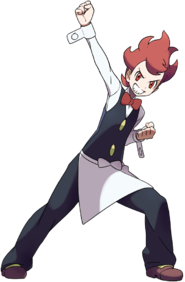 "Ta-da! The Fire-type scorcher Chili —that's me— will be your opponent!"

A waiter who specializes in Fire-types alongside his brothers Cilan and Cress. 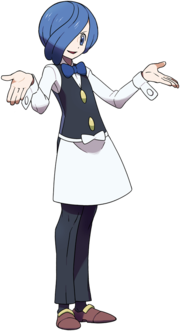 "What incredible luck for you — you get to battle the best among the three of us."

A waiter who specializes in Water-types alongside his brothers Cilan and Chili.

"Even if hurt, my Pokémon will fight for me with just one command. I think I'll value and trust your Pokémon more if you keep that fact close to your heart. What can I do for these Pokémon? What should I do? That's right! I battle with everything to find the ideal relationship between Pokémon and people!"

Hilbert/Hilda's rival from Black and White, who has since gone on to become a Normal-type Gym Leader.

An archaeologist and the director of the Nacrene Museum, who specializes in Normal-types. 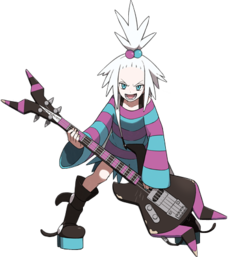 "Get ready! I'm gonna knock some sense outta ya!"

A musician who specializes in Poison-types. 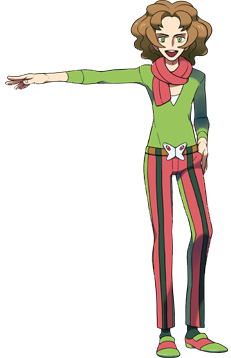 "Thanks again for your help. My Bug-type Pokémon are scurrying with excitement about getting to battle you. Let's get straight to it!"

An artist who specializes in Bug-types. 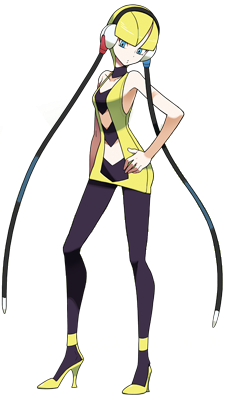 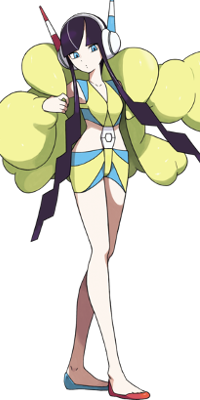 A fashion model who specializes in Electric-types. 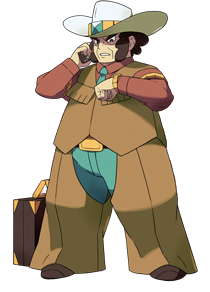 Driftveil City Gym Leader—The Underground Boss
Voiced by: Brad Venable (Pokémon Masters - EN)
"How much stronger ya get comes from how much you want to win! Always be loyal to that desire, ya hear?"

The president of a mining company who specializes in Ground-types. 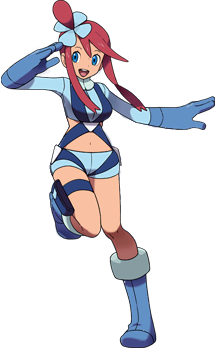 Mistralton City Gym Leader—The High-Flying Girl
Voiced by: Noriko Shibasaki (Pokémon Generations - JP), Laura Stahl (Pokémon Masters - EN), Rina Sato (Pokémon Masters - JP)
"Hee-hee! I've been waiting for you. You're a tough Trainer who can face the wind and not get blown off your feet! I'm kinda excited about this battle! Why don't you and I have some fun?"

A pilot who specializes in Flying-types.

A former movie star who specializes in Ice-types.

For information on Iris, check the Pokémon Champions page, as well as the Pokémon - Best Wishes! page for her animated incarnation. 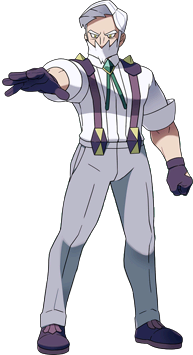 Opelucid City Gym Leader (Black, Black 2, and White 2)—The Spartan Mayor
Voiced by: Masami Iwasaki (Pokémon Generations - JP), Michael McConnohie (Pokémon Generations - EN)
"As the mayor, I've given everything to developing the city. As a Trainer, I've simply been pursuing greater strength. But what I'm searching for now is a young Trainer who can show me a bright future. Perhaps you can show me that future, the way Iris has?"

The mayor of Opelucid City, who specializes in Dragon-types. 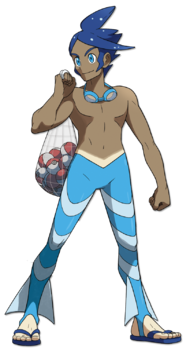 Humilau City Gym Leader (Black 2 and White 2)— A Bigger Splash Than the Sea!

A swimmer specializing in Water-type Pokémon.