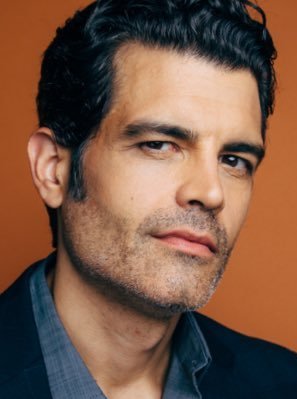 A prominent voice actor in several cartoons recorded or dubbed in New York, particularly those produced by 4Kids Entertainment.

Jason Adam Griffith (born November 29, 1980 in Lakeline, Ohio) was a Promoted Fanboy by accident (as he recalls at the 2010 Sonicon; he was young, and he needed the money), Griffith first rose to prominence as the VA for Sonic the Hedgehog in 4Kids Entertainment's dub of Sonic X. His role in the show led him to become the official voice of Sonic (and some other characters like Shadow) in the games from 2005 until 2010, when he was replaced by Roger Craig Smith.

Outside of Sonic, Jason Griffith has done roles in both anime dubs and western shows for various companies (not just 4Kids shows), with a few video game and live-action roles on the side.

In 2018, Griffith moved to Los Angeles and still does voice-over work there.

Seems to be a fan of Elvis Presley according to his Twitter. Speaking of which, can be found here

(Also, he is not to be confused with the OTHER Jason Griffith

who has also portrayed characters in a few TV shows, including The X-Files and the telefilm Man in the Mirror: The Michael Jackson Story. Their middle names are different.)