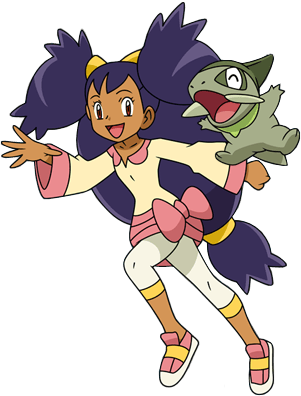 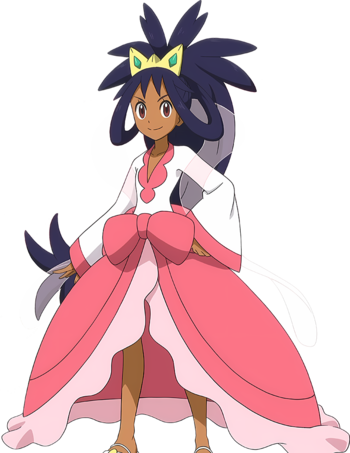 "You're such a kid."
—Iris, to Ash. Frequently.
Voiced in Japanese by: Aoi Yūki
Voiced in English by: Eileen Stevens
Voiced in Latin American Spanish by: Susana Moreno

New girl for Black and White. She is basically described as an outgoing Jungle Girl. She has a Dragon-Type Pokémon with her named Axew, which tends to camp in her hair. She is apparently skilled at being in the outdoors. Her ultimate desire is to become a "Dragon Master", an expert in Dragon-Type Pokémon. 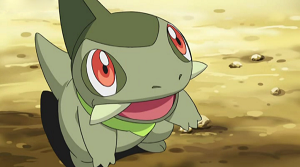 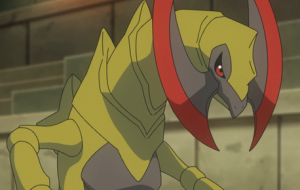 Axew is Iris' first Dragon, and was given to Iris a few days after hatching so she could quest with him, ultimately to evolve him into a Haxorus. He's very friendly and caring, though a little childish at times. While starting off as a weak Pokémon, Axew shows promise of great potential as it learns several powerful attacks during the Best Wishes series.

In Journeys, Axew has been revealed to have fulfilled his dream of becoming a Haxorus. Since then he has become Iris's Ace Pokémon.

Voiced in Japanese by: Kiyotaka Furushima
Voiced in English by: Tom Wayland 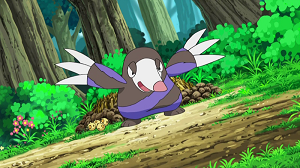 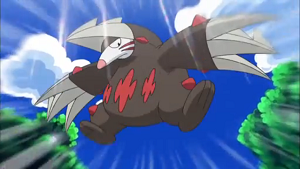 As a Drilbur, he was Iris' Ace, racking up an enormous winning streak. On introduction as an Excadrill, however, he had lost his edge, and refused to obey Iris. This turned out to be because he felt the end of his winning streak was a failure to Iris. Once he opens back up, his determination, very similar to Ash's Snivy, returns. 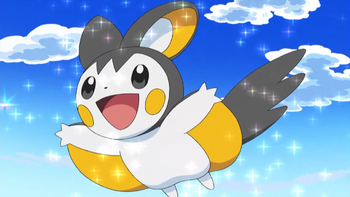 Emolga is a cute Electric-Type with some rather nasty habits, a taste for apples, and a distaste for hard work and responsibility. 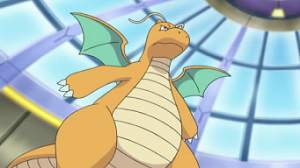 Dragonite was caught at Undella Town after the twerps helped him when he was raging after an injury. He is like no other Dragonite, as he has a salty attitude, a very short temper, and a distaste for losing. It took a while for him to trust Iris, and even once he became obedient, his rebel streak remained. 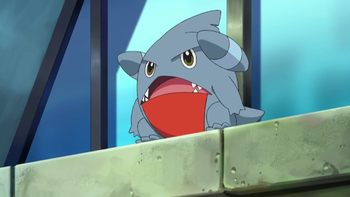