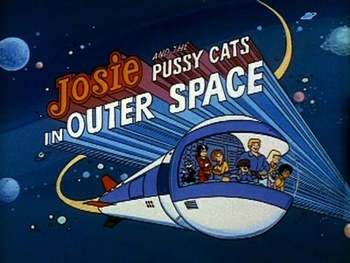 The Pussycats in outer spaaaaaace...
Advertisement:
open/close all folders
Avatar: The Last Airbender
Hanna-Barbera
Other examples