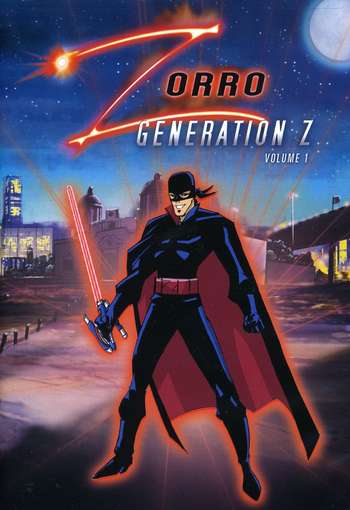 Another Rick Ungar creation. This time the story of Zorro is updated to 2015, and the latest descendant of the de la Vega line is a 17 year old teenager named Diego who takes up the mantle of Zorro with help from his mute friend Bernardo. To replace the famous Tornado we now have a Cool Bike called Tornado Z that helps transport Diego to fight against Pueblo Grande's corrupt mayor, Horace Hernando Martinez.

Compare Phantom 2040 and Sherlock Holmes in the 22nd Century.