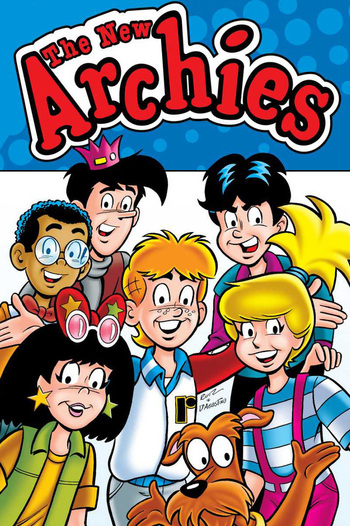 "We're the Archies in a brand new show. We're gonna take you through highs and lows. Loving and living, that's how it goes."
— The theme song, The New Archies
Advertisement:

The New Archies was a Saturday Morning Cartoon on NBC from DiC Entertainment and Saban Entertainment that lasted for just 13 episodes.

It focused the main characters of The Archies—as tweens.

Veronica is the Valley Girl. Dilton Doiley was replaced by an African American child named Eugene whose girlfriend Amani was also introduced as well as Archie's dog, Red.