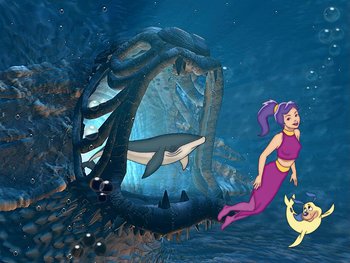 The New Adventures of Ocean Girl is an Australian animated television series inspired by the 1994-1998 series Ocean Girl. The series ran for 26 episodes. It serves as a Continuity Reboot to the original.