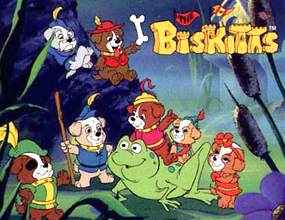 The Biskitts was a cartoon show produced by Hanna-Barbera that ran on CBS in the 1983/84 season. It followed the adventures of miniature anthropomorphic canines, set in medieval times.