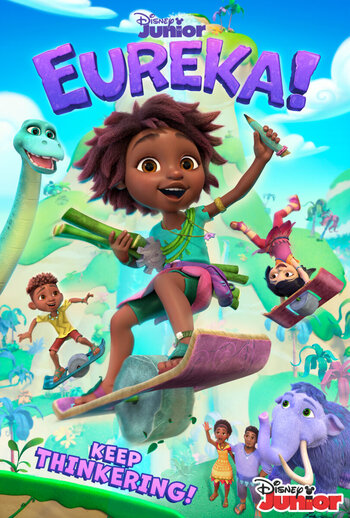 Eureka! is a Disney Junior series that premiered on June 22, 2022. It's produced by Brown Bag Films, and developed for television by Erica Rothschild. Ruth Righi of the Disney Channel sitcom Sydney to the Max voices the titular Eureka.

Set during the Stone Age in a place called Rocky Falls, the series focuses on cavegirl Eureka building different kinds of gadgets and going on adventures.