Series / Sydney to the Max 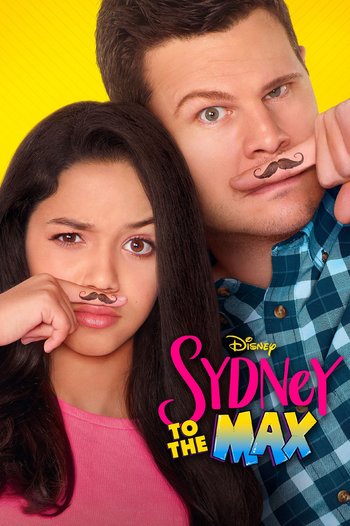 Set in the present day with flashbacks to 1992, the comedy revolves around middle schooler Sydney Reynolds who lives with her single dad Max in the house he grew up in, along with her progressive grandmother Judy - three generations under one roof.

Sydney navigates life in middle school along with her best friend Olive, often getting into comical situations. Max tries his best to understand and support her. Sydney's present-day antics mirror the situations 12-year old Max got himself into in 1992.

The series premiered on January 25th, 2019. It was renewed for a second season on May 23, 2019 which began with a Christmas episode on December 13, 2019, followed by the rest of the season starting March 23, 2020. A third season was commissioned on November 21, 2019 and started airing on March 19, 2021, eventually ending on November 26, 2021. Ruth Righi confirmed on January 1, 2022, that the show was cancelled and will not be returning for a fourth season, possibly due to moving on to focus on her role in the new Disney Junior show Eureka.

Sydney to the Max contains examples of:

Sydney performs her song for Ricky Angelo showing how far she's come and longs to find who she truly is.

Example of:
"I Am Becoming" Song

Sydney performs her song for Ricky Angelo showing how far she's come and longs to find who she truly is.