General
The Clay Mob is the organization Lincoln assembles in order to destroy the Marcano family from the Haitian, Irish, and Italian mobs. 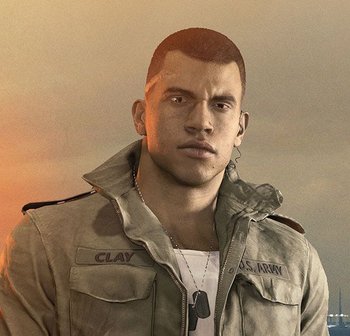 "Family isn't who you're born with, it's who you die for."
A veteran of the Vietnam War who returns home to find the Black Mob, which raised him, in dire financial straits. Attempting to help them, he soon finds them massacred instead and embarks on a Roaring Rampage of Revenge.
Clay Family Bosses 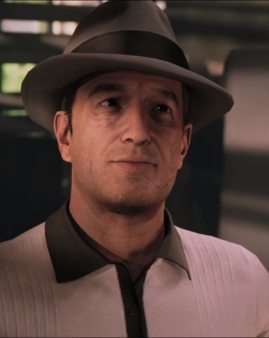 The protagonist of Mafia II who has become a mid-level mafia functionary in New Bordeaux under Sal Marcano. He swiftly changes loyalties in order to get revenge on the mob. 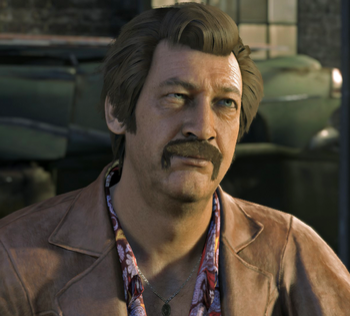 An Irish mobster working with the Italian and Black Mobs. He played an important role in the Federal Reserve heist, but experienced a downfall after his son's death. 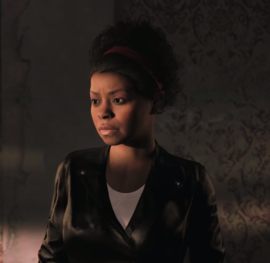 A Haitian woman who is the secret leader of their mob in Delray Hollow. She joins with Lincoln Clay after, ironically, he decimates her organization.
Clay Family Lieutenants 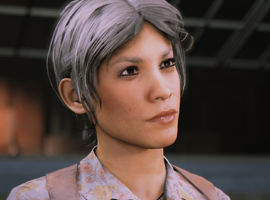 A Cuban refugee who is Vito Scaletti's primary lieutenant. She is deeply loyal to Vito. 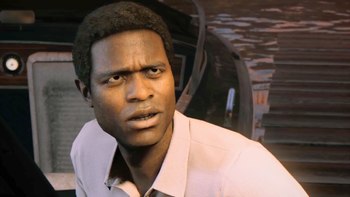 A Haitian houngan who smuggled people out of his homeland to escape Papa Duvalier. He is not fond of Lincoln Clay. 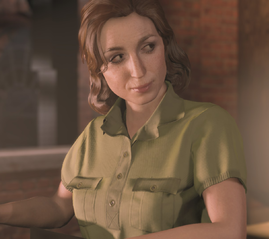 Thomas Burke's daughter and his second-in-command in the moonshining business.

The most powerful criminal (or legal) organization in New Bordeaux. The Marcano Family controls the city through blackmail, bribes, and its extensive criminal holdings. The organization is headed by Sal Marcano and his immediate family but has a network of lieutenants spread across the city as well as alliances with other criminal organizations. 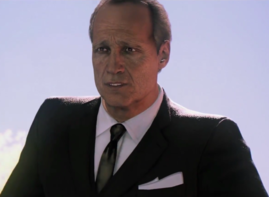 The head of the Italian mafia in New Bordeaux and controller of the majority of the city's crime. He has most of New Bordeaux in his pocket and a hand in every single one of the major gang's criminal activities. His massacre of the Black Mob after the Federal Reserve Heist is what triggers the events of the game. 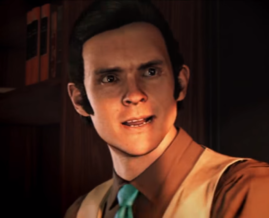 The son of Sal Marcano and Lincoln's partner for the Federal Reserve Heist. He and Lincoln have a history together before the betrayal.

Sal Marcano's sister-in-law, and a capo in the Marcano crime family. She is Marcano's link to the upper crust society in Frisco Fields, where she sells PCP to bored housewives and pushes racist propaganda for the Southern Union. 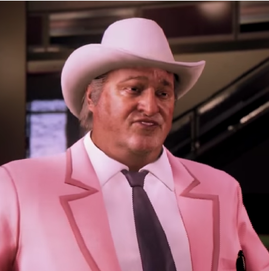 Sal Marcano's older brother, and a capo in the Marcano crime family. He is a local celebrity in New Bordeaux, and has turned the French Ward into a brothel. His bread and butter are high-end prostitution and drugs.

Sal Marcano's younger brother, and a capo in the Marcano crime family. He has set up a criminal empire in the Southdowns, selling stolen goods and running small-time gambling rackets.

The nephew of Sal Marcano and individual charged with squeezing out Vito from the family business and replacing him as a lieutenant. He is soon way over his head and on the run from both the mob as well as those he's wronged. He oversees the local trade unions in River Row and brings in low-end Cuban contraband at the harbor.
Marcano Family Associates 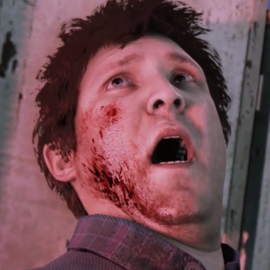 The head of the Dixie Mob, which is placed in charge of Delray Hollow after the destruction of the Black Mob. Ritchie is responsible for the death of Ellis.

A group of neo-Confederate criminals that Giorgi places in charge of Delray Hollow after the Black Mob is destroyed. They introduce prostitution and heroin to Delray Hollow, and are a criminal nuisance in the bayou. 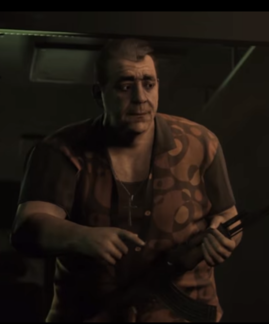 A Chicago native and longtime enforcer and lieutenant for the Marcano family. He is installed in Pointe Verdun after Thomas Burke falls out of favor with Sal Marcano, and controls the local moonshine trade and protection rackets. 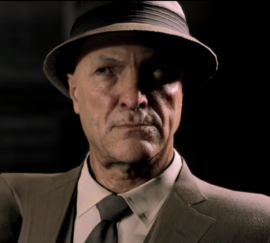 A longtime Marcano lieutenant who runs waste disposal and weapons trafficking in and out of Barclay Mills. He was friends with Sammy Robinson in the past.

The financier of the Marcano criminal empire, and a lieutenant. He lives Downtown, and blackmails local officials and defrauds the city through phony construction sites. 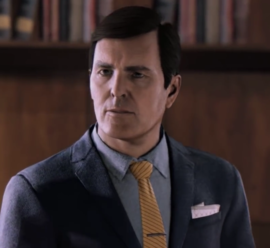 The leader of the Southern Union and host of the radio show "Native Son." He is an old money Southerner who is rich enough to serve as the front man for Sal Marcano's casino.

A powerful political and paramilitary organization which wields great influence over New Bordeaux. They control the region of Frisco Fields and have recently allied with Sal Marcano.

The racket bosses for Delray Hollow who work for Ritchie Doucet.

The racket bosses for River Row who work for Michael Grecco.

The racket bosses for Point Verdun who work for Roman "The Butcher" Barbieri.

The racket bosses in Barclay Mills who work for Enzo Conti.

The racket bosses in Downtown who work for Tony Derazzio.

The racket bosses in Tickfaw Harbor who work for Frank Pagani.

The racket bosses in Frisco Fields who work for Olivia Marcano.

The racket bosses in French Ward who work for "Uncle" Lou Marcano.

The racket bosses in Southdowns who work for Tommy Marcano.

An organization of criminals run by Sammy Robinson which kicks up money to Sal Marcano in order to operate. 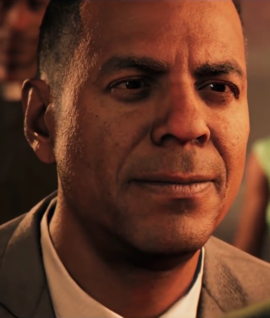 The head of the Black Mob in New Bordeaux. Sammy is Clay's adoptive father and a pillar of Delray Hollow. He is assassinated by Sal Marcano along with the rest of his gang, bringing about the events of the game. 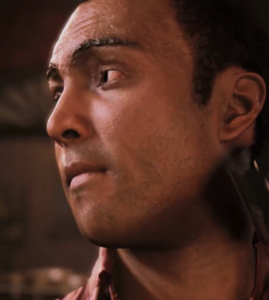 The biological son of Sammy Robinson and stepbrother of Lincoln Clay. He is a small time crook with aspirations of more. He is killed in the massacre of the Black Mob by Sal Marcano.

The youngest child of Thomas Burke, Nicki's younger brother, and one of Lincoln Clay's best friends. He is murdered by Giorgi Marcano after the Federal Reserve heist.

The main law enforcement and investigation agency in New Bordeaux. They can be found patrolling throughout the city and extend their watch to Bayou Fantom. 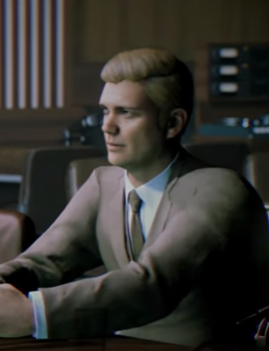 A CIA agent who met Lincoln Clay during his time in Vietnam and who willingly assists in the take down of the Italian mob. 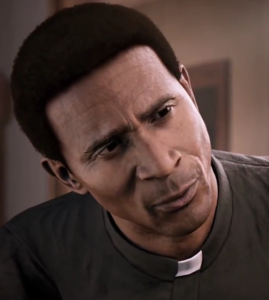 Spiritual advisor and adoptive uncle to Lincoln Clay, he serves at the St. Jerome's Parish.

A psychopathic Cuban drug lord whom Sal Marcano is forced to turn to for money after Lincoln essentially dismantles Marcano's criminal empire.

A FBI Agent that was assigned to New Bordeaux in 1968 to monitor the Marcano family, who in the present day is now conducting his own investigation searching for the answers behind Lincoln Clay's rampage in New Bordeaux that nearly destroyed the city. Even though he retired 31 years after Lincoln's rampage, Maguire still wants to bring Lincoln to justice though Lincoln is either the criminal kingpin of the Southeastern United States or a wanted fugitive that appears like the ghost across the world, causing the FBI to write Lincoln off as presumed dead.

Chair of a Senate subcommittee that interviews Donovan about his involvement with Lincoln Clay. 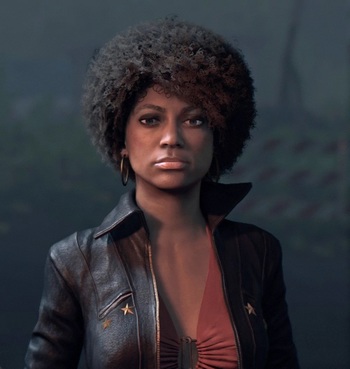 An ass-kicking heroine who teams up with Lincoln Clay to fight a crooked Sheriff. 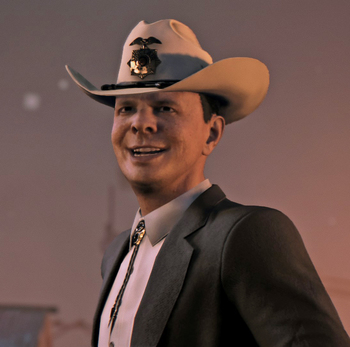 Main villain of the "Faster, Baby!" DLC. A highly corrupt sheriff of Sinclair Parish with countless civil rights violations under his belt. Lincoln is called in to deal with him when he starts arranging the deaths of a legal team building a case against him. 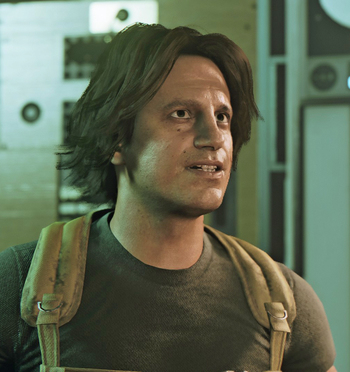 Main villain of the "Stones Unturned" DLC. A former colleague of Donovan's in the CIA, he became disillusioned and went rogue. He's in New Bordeaux to track down a sunken sub containing a nuclear warhead.
Sign of the Times 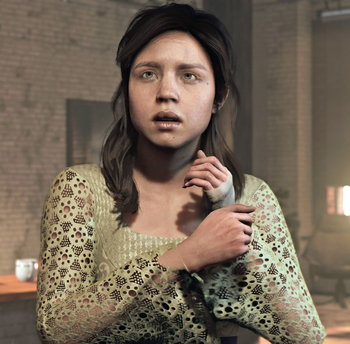 A poor waitress lured into the Ensanglante cult.

The main villains of the Sign Of The Times DLC, loosely inspired by the Manson Family. The Ensanglante is a Religion of Evil consisting of the descendants of wealthy white supremacists (referred to as "Well-Borns") who desire to start a race war to kill "The Filth", the black citizens of New Bordeaux. 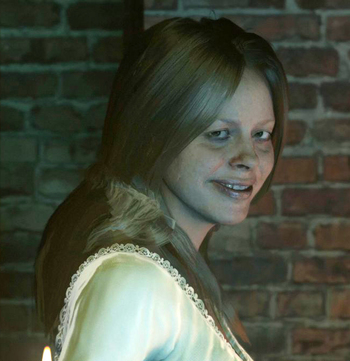 Current leader of the Ensanglante, a descendant of their founder General Harless. Lincoln accurately describes her as "batshit crazy and dangerous as hell".

The bouncer of La Nuit Blanche and friend of Anna.

One of the most powerful mafia bosses in the world. 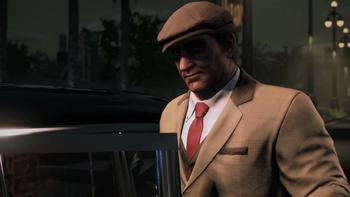