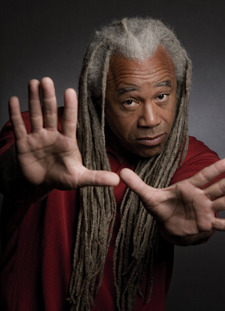 David Henderson "Dave" Fennoy (born January 20, 1952 in Silver Spring, Maryland) is an American voice actor based in Los Angeles. He is best known for several titles such as World of Warcraft, [PROTOTYPE] and The Wolf Among Us, as well as his work as the Hulu announcer. He has appeared in several video games as well as several television shows. One of his most notable roles, if not the most notable, has been that of Lee Everett in The Walking Dead by Telltale Games. In fact, he's in a lot of their games in some form or another.